In this episode, Amulya constantly flirts with Vedanth posing as a stalker and takes Sarthak's help. Meanwhile, Sarika troubles Suhasini at night! 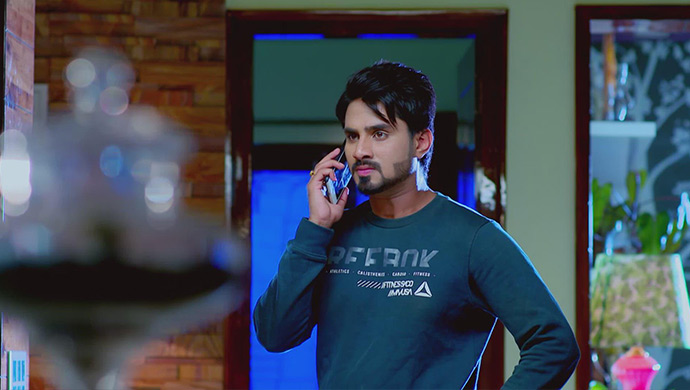 In the previous episode of Gattimela, Suhasini blackmails Vicky to ensure Vedanth’s wedding idea is still in the picture, causing him to speak to Amulya for help. Elsewhere, Vedanth, who gets angry thinking about his handshake with Ammu earlier, gets a call from a mysterious woman (Amulya) claiming she is his wife. Amulya, on the other hand, intensely flirts with him which irritates him and prompts him to disconnect the call. However, things get complicated for him when he is unable to sleep properly because of the stalker.

In this episode, Vedanth looks up some wedding card designs (for Aarthi-Vicky’s wedding) to send to his business partners, colleagues and friends when he gets a call. He ignores it and gets a text message soon after. Vedanth is furious to see a love message from the same girl who tried to flirt with him before. Elsewhere, Aadya gets upset with Sarthak for forgetting their anniversary and the latter tries to pacify the former.

Vedanth gets a call again from the number and receives it this time. When he threatens to report her to the police, Amulya loses her calm and shouts at him like how she does normally. Halfway through her yelling, she realises her mistake. She apologises and then hangs up. Vedanth, who by now places his doubts on Amulya, tries to call her but her number is switched off. He gets  confused about what is going on.

Meanwhile, Amulya curses herself for losing her calm and is thinking about something when Aarthi comes to her. Suddenly an idea strikes Amulya and she puts her sim card into Aarthi’s phone and calls someone. Elsewhere, just as they decide to have a date at home, Amulya calls Sarthak and asks for a  favour urgently. Despite many pleas, Sarthak curses himself for having sisters, apologises to Aadya and then leaves immediately.

Soon enough, Sarthak is standing out of the Vashishta house with heart-shaped balloons. When he asks Amulya what is going on, she apologises and promises that she will never make him do such a thing again. He is then instructed to stand below Vedanth’s balcony. Fast asleep in his room, Vedanth soon gets a call from Amulya who starts flirting again and informs him that she is outside his house.

When he goes to the balcony, Amulya makes Sarthak release some balloons from below to prove to Vedanth that she truly likes him. Sarika, on the other hand, isn’t able to sleep thinking about Amulya, who is capable of making Vedanth fall for her and ruin their plan. When she calls up Suhasini to inform the same, the latter gets upset with the former and asks her not to call at such odd hours for such silly things.

Back at the balcony, Amulya talks to Vedanth so romantically that he gets irritated, hangs up the call and goes back into his room.

How long will it take for Vedanth to find out the truth? Will Sarthak get caught? Stay tuned to Monday’s episode to find out.

If You Like Love Stories, Try This One Where The Relationship Between A Woman And A Tomato Is Discussed. Click Here To Watch The ZEE5 Original Tamashree, Now Streaming In Kannada

Style Goals: How To Dress Like Paaru Actors Sharath Bharadwaj And Sid Moolimani

Gattimela 16 September 2019 Preview: Vedanth Runs After Sarthak, Who Is Dressed As A Lady