On tonight's episode, Amulya faints when God shows her a glimpse of her true love. Meanwhile, Suhasini informs Manjunath and Pari about her condition 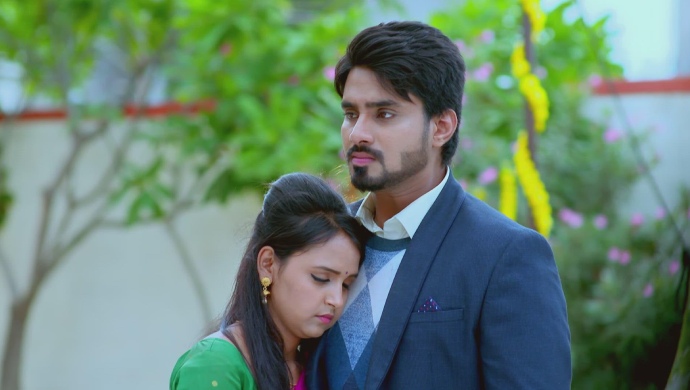 In the previous episode of Gattimela, Vedanth gets angry when he learns that Amulya is taking an unnecessary leave for the pooja. The next day, Suhasini ensures to demean the Manjunaths right from the time she sees them outside the temple. The Manjunaths are insulted once again inside the temple when the priest gives all his attention to the Vashishtas. Vicky soon asks Vedanth to the temple immediately while Suhasini and Parimala have a small spat regarding which house the engagement date should be fixed in. Standing at a distance, Sarika gets furious to watch this.

In tonight’s episode, Pari asks Manjunath to check with Suhasini about how many people will be coming from the Vashishta family, so that they can prepare enough meals. When Manjunath takes it up with Suhasini, she outright denies calling anyone from her family with a silly excuse. During this time, Vicky asks Adithi to tell Amulya to create a distraction so that he can meet Aarthi. Their attempt to give the love birds some privacy works and the children themselves. Just then, Sarika arrives there and informs Parimala and Manjunath why she came so late.

Elsewhere, as the Manjunath sisters, Vicky, Aadya and Sarthak are having a fun time pulling each other’s leg, everyone soon realises that they have to give the lovebirds some time together so they scatter themselves. Sarika then informs Parimala and Manjunath about Suhasini’s plan of getting Vedanth married first before Vicky. An irate Suhasini scolds her and then tells Manjunath and Pari that without Vedanth’s wedding there is no way that Vicky and Aarthi will get married.

Meanwhile, Aadya, Anju and Amulya perform their respective pooja rituals and discuss the significance of the day. After a while, Amulya excuses herself to go pray on her own. Once alone, she informs the idol of God that she had already tried asking for a life partner twice, and both times she, unfortunately, had to see Shunti’s face. Amulya then puts in her heart and soul to pray once again and asks God to show her, her one true love.

Saying this she closes her eyes and prays. Whom does she see entering the temple a few moments later? Vedanth, of course! Unable to believe what she is seeing Amulya faints. Luckily for her before falling on the ground Vedanth saves her in time. He pulls her back up only to find that she is unconscious and has fallen on him. An irritated Vedanth calls out to Aadya for help. Adithi, who notices Amulya fallen on Vedanth’s chest, she confirms her doubts that something is going on between the two. In the end, Ammu’s sisters tease her by calling Vedanth, Bhava (brother-in-law).

What will Amulya do now? How will Aarthi and Vicky be victorious in their love? Stay tuned to find out.

Shanvi Srivastava Is A Brilliant Actress Who Can Play Versatile Roles In The Same Film. For Proof Watch Her Film Saheba, Streaming Now On ZEE5

All You Need To Know About The ZEE5 Original Series Kaafir, Available Now In Kannada

Gattimela 14 August 2019 Preview: Vedanth's Life Falls In Danger Because Of A Snake