In the next episode, after having a word with Vicky bhaava, Amulya pranks Vedanth by calling him and introducing herself as his MRS! 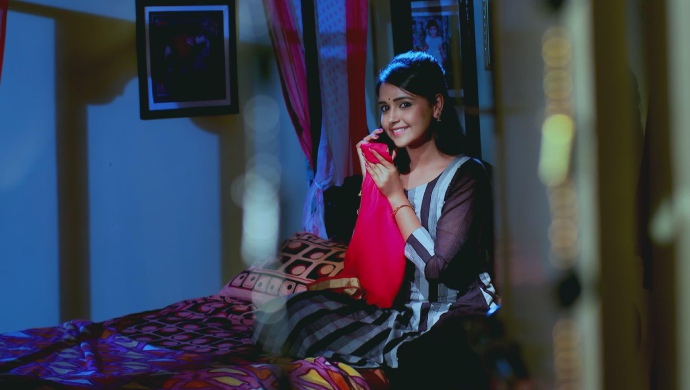 In the previous episode of Gattimela, Vedanth is shocked when Amulya thanks him for saving her from the miscreants. She then pleads to him to agree to get married or else his brother and her sister’s life will be ruined forever. Elsewhere, just when Suhasini thinks that she is getting her way, Vedanth comes home and confirms Aarthi and Vicky’s engagement date, despite his mother’s tantrums. Later, everyone goes to hug Vedanth for his help. When it is Amulya’s turn she quickly realises that they are too close and retraces her steps. They both then slip into a love dream.

On the next episode, Amulya is surprised to get a call from Vicky and probes into why he is calling her and not the love of his life at this late at night. Vicky, who is serious in his tone, immediately gets to the point and explains to her how he also needs Vedanth to accept the decision of getting married. Amulya assures him that she will take care of everything. She then calls up Vedanth and introduces herself as Mrs Vedanth Vashishta!

How is Vedanth going to respond to this? Will he recognise her voice? Stay tuned to find out.

Watch the latest episodes of all the primetime shows on Zee Kannada, here on ZEE5.

If You Are Looking For A Well-Woven Web-Series Don't Miss The ZEE5 Originals Kaafir, Now Available In Hindi, On Your ZEE5

Planning To Visit Wayanad Like Naagini's Amrutha? Add These 6 Things To Your Bucket-List