On tonight's episode, Vedanth gets a call from an unknown number and the lady introduces herself as Mrs Vedanth Vashishta! Here's how Shunti reacts! 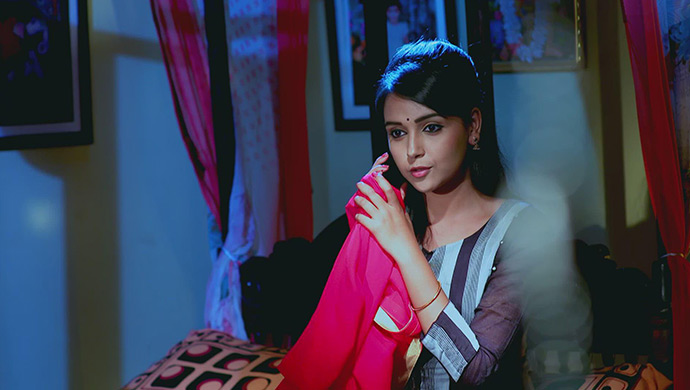 In the previous episode of Gattimela, Vedanth is in disbelief when Amulya shows gratitude for saving her from the miscreants. Without thinking twice she then pleads to him to agree for marriage without which Vicky-Aarthi’s life would be ruined forever. At the Vashishta house, just as Suhasini thinks that she is getting her way, Vedanth arrives there and announces Aarthi and Vicky’s engagement date, despite his mother’s interruption. Soon, everyone goes to hug Vedanth for everything that he did. When Amulya’s turn comes she quickly realises that they are too close and retraces her steps. In the end, they both slip into a dream sequence.

On tonight’s episode, after Sridhar relaxes a bit that everything is set, Vedanth excuses him to go get freshened up. Suhasini uses this opportunity to emotionally blackmail Vicky about his brother’s marriage. While Vikranth promises her that everything will be fine, she shows her true self to Paramananda when they are alone and makes up her mind to never let Aarthi-Vicky’s engagement take place ever.

Vicky, soon calls up Amulya and shares his problem about Vedanth never wanting to get married. Despite a lot of convincing, when Vicky is adamant that he has to convince his brother, Amulya decides to step in and do something about this stale situation. Vedanth, who just comes out of the shower, suddenly recollects Amulya when she shook his hand earlier and feels disgusted about it.

Just then he gets a call from Amulya, who introduces her as Mrs Vedanth Vashishta to him. In disbelief, he stands for seconds and then directly shouts at whoever is on the other line. Amulya then pretends to be irrevocably in love with Vedanth, much to his chagrin. After talking to the lady for what seems like a really long time, Vedanth angrily hangs up the call. Elsewhere, Kantha accompanies Vicky to watch a film reluctantly, when Aarthi calls the latter.

Upon expressing her tension that they have to help convince Vedanth to get married, Vicky assures her that if anyone can do it, it is ‘Rowdy Naadni’. He then flirts with her a bit and informs her of the movie that he and Kantha are going for. Meanwhile, Amulya stands outside her room and continuously curses Vedanth for being so thick-headed. Vedanth, who is trying to get some sleep, is disturbed by the call that he received earlier and wakes up with a jolt.

He then tries to call Amulya to see if she has any ideas to get rid of this stalker and calls her but her number comes switched off. So he decides that it is best that he sleeps. At her house, Amulya makes a plan of ensuring that Shunti falls in love.

What is going on in Amulya’s mind? Will Vedanth find out it is her? Stay tuned to tomorrow’s episode to find out.

If You Are In The Mood For A Unique Love Triangle, Click Here To Watch The Balu Nagendra Film, Huliraya Streaming Here On Your ZEE5