On the next episode, Suhasini purposefully shows off her status in front of all the Manjunaths, causing Ammu, Pari and Manjunath to feel insulted! 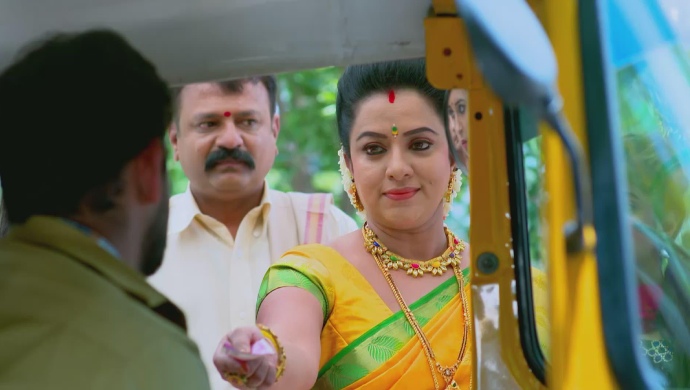 In the previous episode of Gattimela, after insulting Amulya in front of Vicky, Vedanth informs him that his cabin will take some time so he can take the mini-conference room till then. Soon, Aarthi calls Vicky to inform him that her parents are worried that no one from his house has come yet to take the proposal forward. He, in turn, goes to Amulya to ask for help. Even though she tries taking help from Vedanth, he doesn’t even listen to her completely before shutting her out. In the end, it is decided that both the families; Vashishtas and Manjunaths will visit the temple on Nagarapanchami.

On the next episode, as Parimala steps out of the auto at the temple, she gives the driver the fare. While Manjunath informs Pari that he would have paid, the auto driver says that the note is torn so it won’t be acceptable. Amulya gets irritated and tries to reason it out with the auto driver that it’s not a big problem, but fails to convince him. That’s when Suhasini comes there and hands him a two thousand rupee note and asks the auto driver to keep the change. She also throws a taunt to the Manjunath family in the end.

Will Amulya retaliate? Where are Vedanth and Vicky? Stay tuned to find out.

For a fantasy-filled romance drama this weekend, click here to watch the Nirup Bhandari starrer Rajaratha, streaming in HD on ZEE5.

Natasaarvabhowma Is A Brilliantly Crafted Movie And A Perfect Film To Watch With Your Family And Some Popcorn This Weekend. Click Here To Start Your Entertainment On ZEE5 Now