On the next episode, Amulya is annoyed to see Vedanth and Vicky at the venue. Much to Vicky's surprise, she takes Vedanth by the hand and leaves! 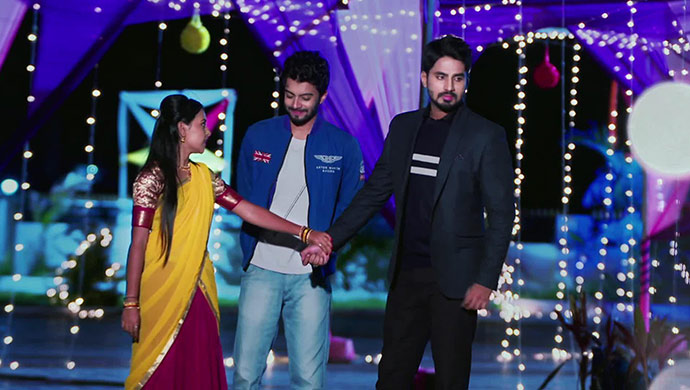 In the previous episode of Gattimela, Vedanth is furious to see Gautham and meets his accomplices. He then promises Gautham that he will leave no stone unturned to ensure that his true face is exposed. At the Manjunath house, Amulya brings Aadya and Sarthak home, much to Parimala’s delight and Sarika’s chagrin. Vicky, on the other hand, gets really upset with Vedanth for interfering too much in his wedding and asks him to back off. In the end, Gautham sends a car for Amulya and her family to travel to the wedding venue.

On the next episode, as Vedanth and Vicky are headed to the place, in his mind he tells the latter that if he doesn’t interfere now, Aarthi’s wedding to his younger brother won’t be possible. Elsewhere, Amulya ardently prays to her ‘Appa Bajarangi’ That tomorrow everything should go on in favour of her sister. Soon afterwards, Amulya finds Vedanth and Vicky at the venue and taunts the former that something is sure to go wrong now that he is here. Saying this, she grabs his hand and takes him away, while Vikranth stands dumbfounded at what just happened.

Does this mean Vedanth has accepted Amulya in his life? What will Amulya tell him now? Stay tuned for tomorrow’s episode to find out.

The best Kannada movies are now streaming on ZEE5 for your entertainment.

If You Have Missed Watching The Sandalwood All-Time Heroes Round On Sa Re Ga Ma Pa Li'l Champs Season 16, Click Here To Watch It On ZEE5 Now