On the next episode, as Amulya's eyes are accidentally filled with soap, Vedanth does his best to help her out, like a knight in shining armour! 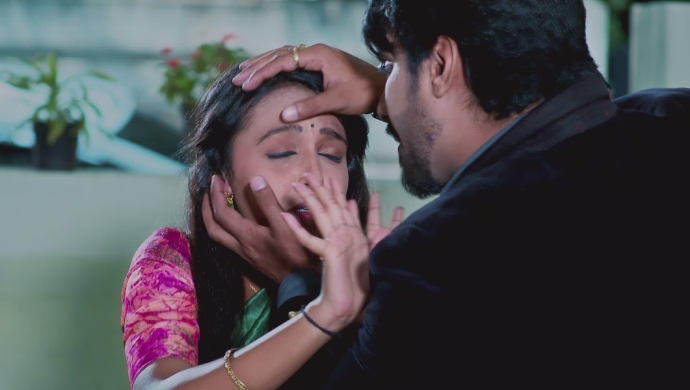 In the previous episode of Gattimela, despite many efforts to accept her gratitude when Vedanth scolds her, Amulya decides to bring out her other self, the one which secretly sends Vedanth love messages. The next day, she is stunned to hear that Parimala has invited Vicky and Vedanth personally to attend the Ayuddha Pooja at home. Later, as Amulya is washing the vessels, she asks Adithi to help her drink coffee but who should help her instead? Yes! Vedanth comes to her rescue.

On the next episode, Amulya screams that soap has gone into her eyes and her eyes are burning as Vedanth tries to figure out what is happening in between her screeches. As she is jumping complaining of an eye burn, Vedanth gets impatient by this behaviour and scolds her. He asks her to stand straight and himself tries to give her some relief by blowing into her eyes. Amulya continues to writhe in pain.

Will Vedanth be successful in saving her? We’ll find out soon, stay tuned.

Aarthi Manjunath To Paaru: 8 Actresses Who Have Nailed The 'Festive' Look