Gattimela 10 May 2019 Preview: Amulya Goes To Vedanth’s Office To Make An Announcement

Despite Vedanth's allegations, Amulya informs him that she has returned to his company to stay and will not leave at any cost! What now? 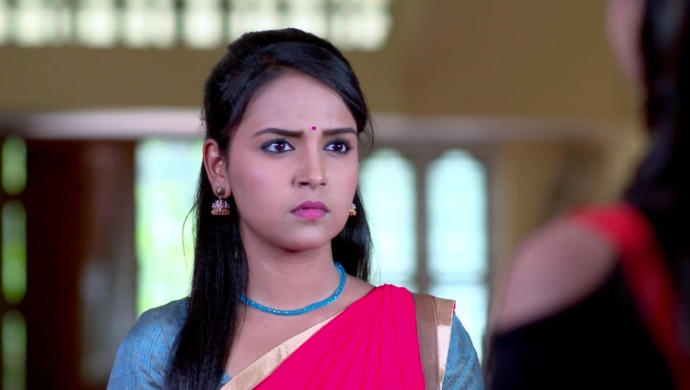 In the previous episode of Gattimela, Aarthi tries to explain herself to everyone about the fact that even though she loves Vicky dearly she cannot commit the crime of not involving the parents. Soon, she and her sisters leave the temple causing Vedanth to get irate. At the Manjunath house, Aarthi and her sisters take a big sigh of relief upon learning about their parents view about a secretive wedding. Elsewhere, Sarika gets a major doubt when she sees Vicky all happy and smiling and decides to find out what is happening. She then goes to Aarthi’s house and claims that something is different about her.

On the next episode, an excited Amulya barges into Vedanth’s office and greets him causing him to choke on his tea. As Kantha is watching, she then announces that only because he requested her in private to join the company back, she has decided to be more forgiving and rejoin his firm. After Kantha leaves, Vedanth makes it clear to her that only because he is talking nicely to her in the matters involving Vicky and Adithi, doesn’t mean they are pals now. He continues by saying he wants her out of his office right away. To this, Amulya gives a crisp reply and promises that she is here to stay for good!

What will Vedanth do now? How will Amulya survive his wrath? Stay tuned to find out.

Watch The Season Final Of The Number One Original Series On ZEE5, Karenjit Kaur: The Untold Story Of Sunny Leone, By Clicking Here