Gattimela 10 February 2020 Preview: Vedanth Gets A Threatening Call Regarding Amulya

A man who Vedanth has had a rift with before, calls him and tells him that Amulya's reputation is in danger and that he will destroy her life. 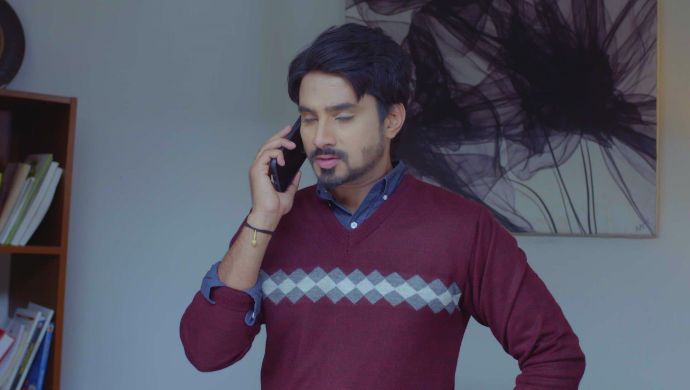 In the previous episode of Gattimela, Adya videocalls Sarthak, Aarthi and Vikranth. She asks them if they have done anything to make Vedanth realise his love for Amulya. They try to make excuses and lie to Adya about having spoken to him. As Vedanth tries to start Amulya’s bike, a bunch of men come together to attack her. The two, run away from them.

In the upcoming episode, Vedanth is talking to someone on the phone who threatens to spoil Amulya’s reputation and destroy her life. Vedanth tells him that he will not let anything happen to her and will protect her. He also tells the man to directly confront him instead of trying to attack Amulya. The man says that he will do everything in his power to destroy her life. Vedanth finds himself in a fix.

Gattimela 07 February 2020 Written Update: Vedanth And Amulya Run From A Bunch Of Rowdies

Fingertip, Thaila: 5 Sensational ZEE5 Originals That You Must Watch This Weekend