In the next episode, Suhasini cannot believe that her elder son disobeyed her again while Parimala asks Manjunath about his opinion about the girls! 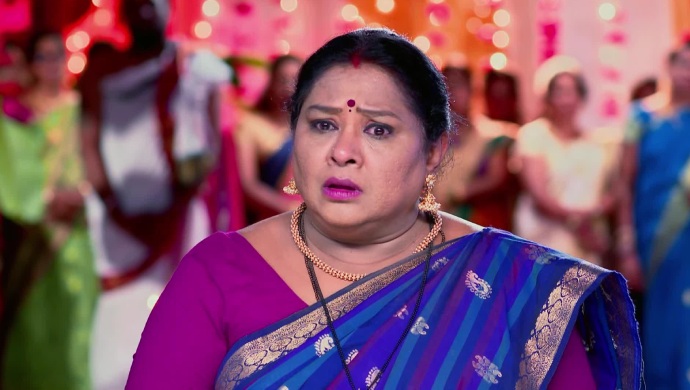 In the previous episode of Gattimela, Vedanth and Vicky return home to find Suhasini more furious than ever. While Vicky doesn’t care much for her drama, Vedanth apologises to her and promises never to do anything without her consent again. Elsewhere, as the Manjunath sisters are sulking about their parents, Vedanth calls Amulya and asks about her health as well as Parimala’s. Later, Adithi finds Vedanth waiting outside their gate. He not only gives warms blankets for her and her sisters but also tells her that he will stand guard till morning. Adithi realises that he is not the man she thought him to be.

On the next episode of Gattimela, Suhasini angrily asks Vedanth where he was the whole night. Both she and Vicky are shocked when Vedanth openly accepts that he was outside the Manjunath house yesterday. Elsewhere, Parimala asks Manjunath to express what he feels about her children. He, on the other hand, informs her and the girls that after they brought her to this situation, they are no longer his children. Parimala, Aarthi, Amulya, Adithi and Anju all stare at Manjunath in disbelief.

Will he ever forgive his daughters? What will Suhasini do with Vedanth now? You’ll know only if you stay tuned.

Catch The Latest Episodes Of The Zee Kannada Show Paaru, To See How Aditya And Paaru's Trip To Her Village Proved To Be Romantic For Them. Stream It Here On ZEE5 For Free