Amulya cries to Vedanth and tells him that she cannot pretend to be his girlfriend anymore; He tells her he will sort it out 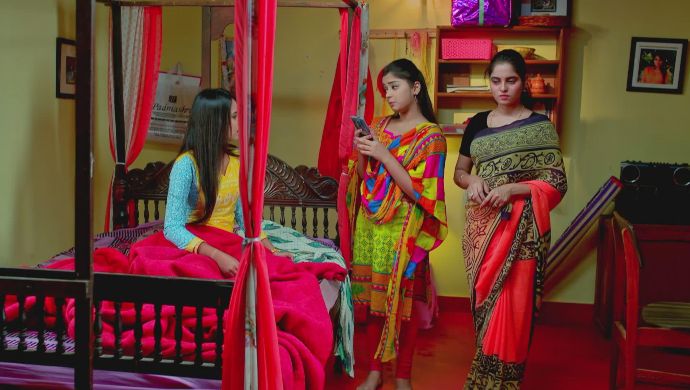 In the earlier episode of Gattimela, Suhasini has introduced a boy to Amulya’s parents for her marriage while Ajji is wondering why she made that move when Vedanth and Amulya are together. Amulya’s parents are also curious to know why she has made that decision. Amulya expresses her opinion very sternly. She thanks Bhargava for coming this far but tells him that she is not interested in getting married to him.

In this episode, Amulya is crying while talking to Vedanth over the phone. She asks him why he is so bothered about her and why he cares about her so much. Vedanth asks her the reason for being sad. He also tells her that he will sort out everything between them. Just then Aarthi and Adithi enter Amulya’s room and begin to talk about Vedanth. Three of them share a light moment. Adya and Ajji are hoping that Vedanth accepts his love for Amulya and asks to marry her.

Suhasini is thinking about how to get Vedanth to marry someone who is not Amulya. She thinks of a plan to get Vedanth to listen to her and is also thinking of a situation wherein everyone in the house is happy. Just as she is thinking, someone rings the doorbell. Suhasini opens it to see it and finds Amulya at the door. The two have a conversation where Amulya compliments their house. She is also wondering how Suhasini is talking to her with so much love and affection after she rejected the boy that she chose for her.

3 Lessons Every ‘Mamma’s Boy’ Should Learn From…

Rocking Star Yash Joined The Shoot Of KGF: Chapter 2 On 6th June And Fans Are…