Gattimela 07 February 2020 Written Update: Vedanth And Amulya Run From A Bunch Of Rowdies

Vedanth tries to start Amulya's bike when a bunch of men confront him; the two run away from them. 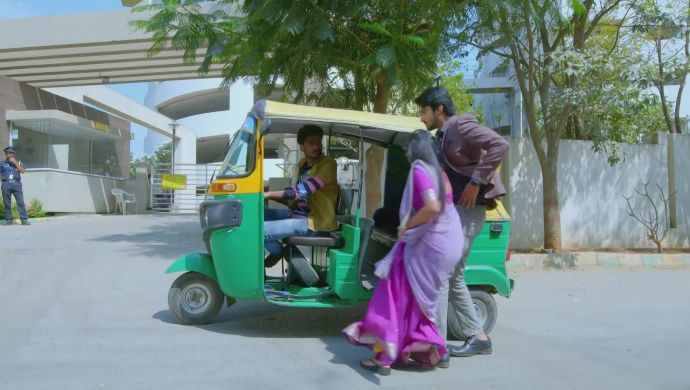 In the previous episode of Gattimela, Vedanth is talking to Sarthak and Vikranth about feelings while trying to find out why he is feeling so confused about Amulya. He, however, doesn’t reveal the same to them and says that he has a friend who is confused about whether or not he is in love. At home, Druva helps the Manjunath family cook food for their new business.

In this episode,  Vedanth sees an important file on her table and asks Kanta if she has already left. He looks at that file and calls it important for no reason, tells Kanta that he will be going and giving it to Amulya. Kanta thinks to himself that Vedanth must be more honest with regard to his feelings. He also tells himself that Sahithya can never take up Amulya’s place in his life.

Meanwhile, Adya videocalls Sarthak, Aarthi and Vikranth. She asks them if they have done anything to make Vedanth realise his love for Amulya. They try to make excuses and lie to Adya about having spoken to him. Adya tells Sarthak that she will not let him enter their room unless he talks to Vedanth. Aarthi tells Vikranth that she will not call him every night like she does if he doesn’t help Sarthak talk to him. At Adithi’s college, Druva and her have earned money from selling home-cooked food to the students of her college. She asks him how he knew that selling the food outside the college would work out. He tells her that he has studied commerce and it only makes sense to apply the theory of commerce in a practical situation.

Outside the office, Amulya’s bike refuses to start. She sees Vedanth, who asks her about what she is doing next to her bike. She also realises that he is holding her hand while asking her that. He tells her that he will start her bike for her. Just as he is doing so, a bunch of men come together to attack Amulya. The two, run away from them.

6 Pictures From The Sets Of Bramhagantu That You Cannot Miss!

Gattimela 10 February 2020 Preview: Vedanth Gets A Threatening Call Regarding Amulya