Vedanth thinks of making a Tik Tok video after he sees Amulya's video with another man. 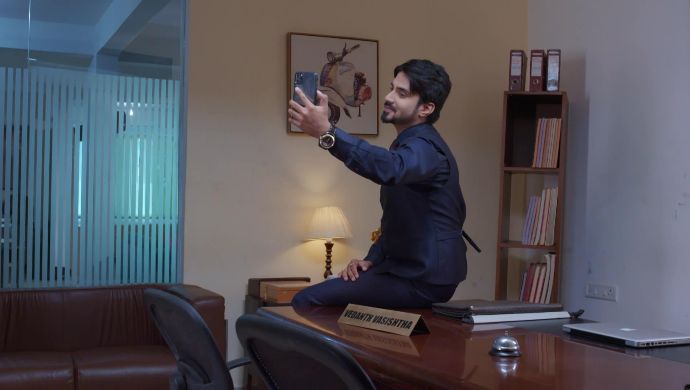 In the previous episode of Gattimela, Suhasini tells Aarthi to sign a document which states that if in any case Vikranth and her take a decision to separate or get divorced, then Aarthi will have no right to ask for any sort of financial support from Vikranth. Meanwhile, at the office, Kanta asks Vedanth how he came so early to the office when Vikranth and Aarthi have just gotten married. He also tells Vedanth that no one has come to the office as yet with the intention of saying that Amulya too hasn’t done the same.

In the next episode, Vedanth is in his office and decides to make a Tik Tok video. As someone knocks on his door, he assumes it is Kanta and tells him not to disturb him as he is making a Tik Tok video. Amulya enters just then and is in disbelief. He asks Vedanth if he was really making the video. In reply to that, Vedanth tells her that he wanted to say something else, but the word Tik Tok came out of his mouth.

Amulya To Amrutha: 8 Zee Kannada Actors Who Swear By Swimming Pools To Beat The…