Suhasini forces Aarthi to sign the prenuptial agreement and the former begins to cry. 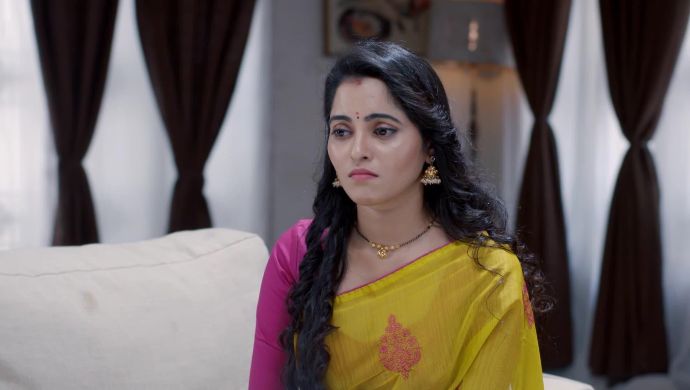 In the previous episode of Gattimela, Druva feels extremely disappointed with the fact that Pari has sold all her vessels and discontinued her business. Later that day, Amulya thinks of all the moments she shared with Vedanth the previous day. She begins thinking about the way he ate all those chillies and the fact that he asked her if she likes him.

In this episode, Adithi comes into Amulya’s room to tell her that she is going to become a Tik Tok star. Amulya looks at her in disbelief and asks her if she is in the right mind to think that she can become a national level star as she said. She also asks her why she is wasting her time instead of studying and threatens to tell Pari about this. Adithi tells her that she is only jealous of her which is why she doesn’t support her talent. Amulya also asks her what she will get by making all these videos to which she replies saying that not everything has some benefit and all of this is just to keep herself entertained. The two have a light moment.

At home, Suhasini tells Aarthi to sign a document which states that if in any case Vikranth and her make a decision to separate or get divorced, then Aarthi will have no right to ask for any sort of financial support from Vikranth. Aarthi, heartbroken to hear the same, obediently signs the prenuptial agreement.

Meanwhile, at the office, Kanta asks Vedanth how he came so early to the office when Vikranth and Aarthi have just gotten married. He also tells Vedanth that no one has come to the office as yet with the intention of saying that Amulya hasn’t done the same. Vedanth asks if he was the one to get married and tells Kanta to focus on work instead of talking such nonsense. He also tells him that Amulya too has not reached the office yet. Just as he takes her name, Vedanth begins to smile to himself which is noticed by Kanta. She opens his phone to see a video of Amulya and another man in a Tik Tok video. Vedanth instantly gets jealous of the same and directs his anger towards Kanta.