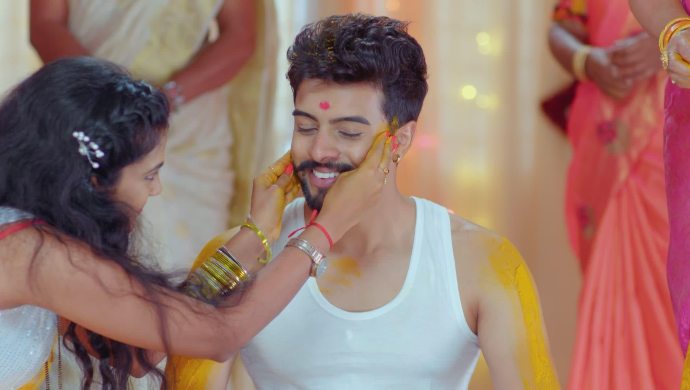 In the previous episode of Gattimela, Amulya tells Vedanth that she joined his gym because he called her a broomstick to which he begins to laugh and asks her why it makes a difference to her if he calls her that. At home, Suhasini brings Sarika into the room and shouts at her. She asks her why she is revealing to the family that Suhasini is helping Sahithya.

Parimala gets emotional about HER daughter getting married. Just as they are all talking, two women begin to discuss Aarthi’s marriage, wondering if she will actually tie the knot this time. Amulya hears the same and tells them that they are welcome for the occasion. However, if they have anything else in their heart then they are most welcome to leave their house. The women ask Parimala why her daughter is talking to them in such a rude way and must learn how to talk to guests. Parimala says they have learned how to speak to people in the manner that they deserve.

Elsewhere, Ajji blesses Vikranth and tells him that he is looking handsome. When Vedanth arrives, Sahithya goes and holds his hand. Everyone look disappointed and Vedanth is furious with the fact that she is holding his hand. They perform the haldi function at Vikranth’s house while Aarthi performs the ritual at her house. When Sarika smears the turmeric on Vikranth, he moves away. Suhasini tells him to be patient with her while Adya and Vedanth look irritated with her.

Vedanth calls on Amulya’s phone which Druva picks up. Vedanth suspects that it is Druva but is not sure about the same. After the ritual, they all prepare to leave for Aarthi’s house. Suhasini tells him to take Sahithya for lunch while Ajji tells him to go to Amulya’s house for the rest of the rituals. He leaves for Amulya’s house.

Gattimela 06 March 2020 Preview: Vedanth And Amulya Playfully Chase Each Other