Gattimela 03 March 2020 Written Update: Vedanth Tells Druva To Stay Away From His Family

Vedanth tells Druva to stay away from Adya and Vikranth; Amulya confesses to Vedanth why she chose his gym 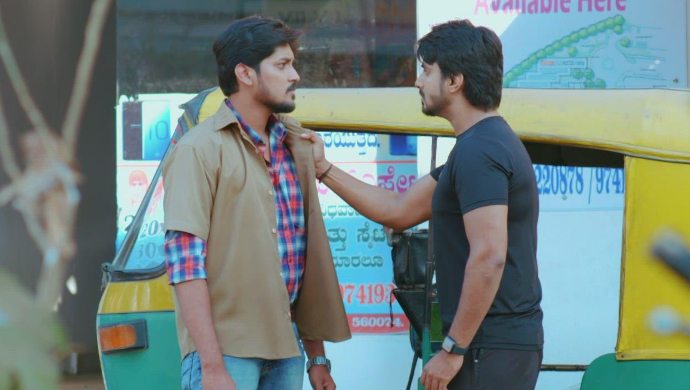 In the previous episode of Gattimela, Vedanth tells the rowdies harassing Amulya that if he hits them, they will go into a coma. However, he also says that he does not feel like hitting anyone and continues to work out. The two men try to attack Vedanth when Amulya hits them instead. Elsewhere, Aarthi and Vikranth have gone to visit the temple.

Vedanth tells his brother that he should not have come back to Bangalore. Although, he does not have the right to question anyone about where they want to stay, he says that Druva has no right to get close to his family and must stay away from Adya and Vikranth. Vedanth loses his cool and holds Druva’s collar, telling him that no one from the past needs him. Druva argues back. He says that Vedanth is his brother and only he has the right to shout at him. He also tells Vedanth that no matter how much he tries to deny it, he is his younger brother, and all four of them were born to the same set of parents. Vedanth tells him not to call him his brother as he has broken all ties with his family. The latter smiles and says that nothing will change the truth.

Meanwhile, at home, Aarthi’s mother is shouting at Aarthi for meeting Vikranth a day before the wedding. Her father, on the other hand, tells her that Aarthi is allowed to do whatever she wants. He also says that they have always stopped her from doing whatever she wanted to and must allow her to make her own decisions now.

Elsewhere, Druva requests Vedanth to listen to what he has to say. However, Vedanth says that he is dead to him and does not care about what he has to say. Later, Vedanth gets into the car and takes Amulya with him. He then asks her why she chose his gym to work out in. Amulya tells him the truth about her wanting to gain weight.

Remaining class 10 and 12 CBSE exams to be held at over 15,000 centres: Ramesh Pokhriyal