Amulya and Vedanth are in his car together when he falls asleep. Amulya thinks about her equation with Vedanth 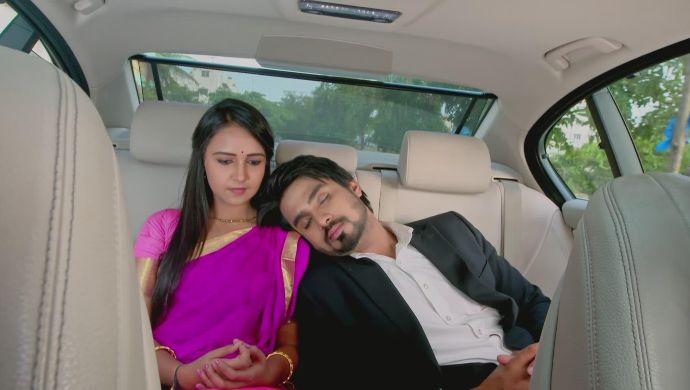 In the previous episode of Gattimela, Amulya is walking towards Vedanth’s cabin. Just then Kanta tells her not to go to his cabin as he has called the entire team for a meeting. When they all gather, Vedanth wishes them all a very happy new year. Later, Amulya also tells Vedanth not to leave her alone and go to Delhi. She hugs him.

In the next episode, Vedanth and Amulya are travelling together in the car when he falls asleep on her shoulder. Amulya thinks to herself that Vedanth is not getting enough of sleep and must be tired from working continuously. She also thinks about how time has changed their relationship. Earlier, she couldn’t bare the sight of him, but now she wishes that time just freezes when she is with him. Amulya finds herself more and more attracted to him.

Amulya To Amrutha: 8 Zee Kannada Actors Who Swear By Swimming Pools To Beat The…

Aindrita Ray Redefined Herself After Playing A Deglam Role In Melkote…