When Vedanth asks Amulya what she meant when she confessed her love for him, Amulya calls it nothing more than friendship. 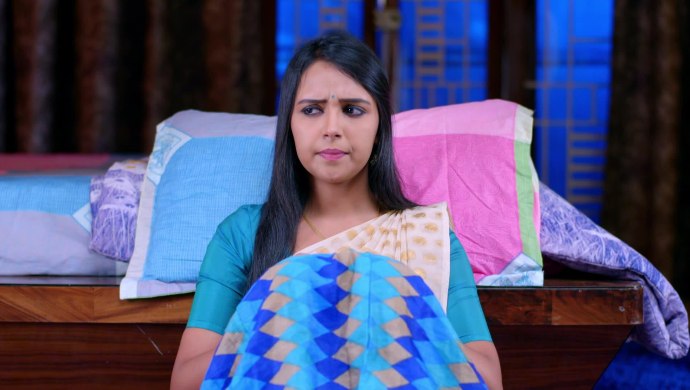 In the previous episode of Gattimela, Amulya runs to the kitchen to get Vedanth water as he has eaten a lot of chillies. Amulya gets vexed when she sees Vedanth suffering. Vikranth, on the other hand, gifts Aarthi a nuptial chain for her to wear every day. He ties it around her neck and the two share a romantic moment.

In this episode, Amulya and Vedanth are sitting next to each other. Amulya pretends to be asleep so that she doesn’t have to answer any of the questions that Vedanth might ask her about the confession. However, Vedanth tells her not to pretend to be asleep. He then proceeds towards asking her about the confession and tells her that he is only doing so for his knowledge and nothing else. For the sake of confirmation, he asks her if she has feelings for him. Amulya is taken by surprise.

At home, Anju and Adithi converse about how much they miss Aarthi. Anju begins to cry and tells Adithi that while she wants her sister to come back home, she also feels bad that Aarthi has a lot of adjusting to do as she has gone to a new house. They both reminisce about their times with Aarthi.

Amulya wonders what she must say next in order to avoid this conversation. She tries to change the topic while speaking with him but Vedanth tells her to explain herself for the confession that she made at the wedding hall. Amulya, instead of being honest with him, tells him that he is like family to her and loves him in a friendly manner. She then thinks to herself that if she accepts her love for him, she might end up losing her relationship with him. Vedanth, on the other hand, wonders if she is telling the truth and asks her about the same. She, in return, tells him that she loves him the way he loves Adya and Vikranth. Amulya thinks to herself that she has lost yet another battle where she could not express her love for him in spite of him asking.

COVID-19: Bat carcasses found in UP village sent for tests to Bareilly