From The Performances To Direction- Why Prakash Raj’s Idolle Ramayana Is A Must-Watch!

If you're in the mood for a well-made and powerful film, Idolle Ramayana is just what you need to watch. Details inside! 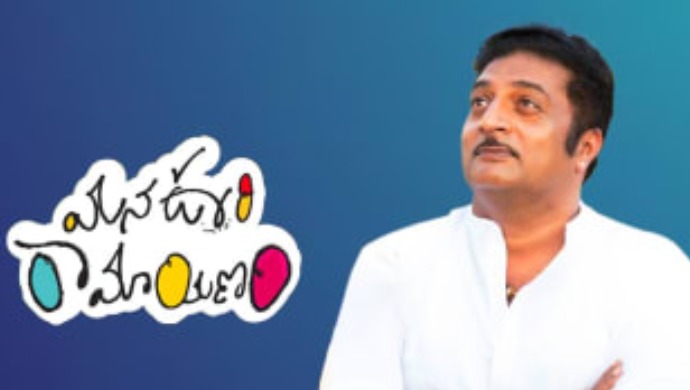 Directed by and starring Prakash Raj, Idolle Ramayana is a remake of the Malayalam film Shutter. The title which means ‘Our Village’s Ramayana,’ revolves around Bhujanga (Prakash) who has just returned from Dubai. The actor does a splendid job in delivering his god-fearing and conventionally patriarchal character who is paranoid about his daughter nearing adulthood as she joins college. Having returned from Dubai, he earns a name and reputation by sponsoring local religious celebrations.

However, his world turns around when one night, a drunk man locks him up with a sex worker Susheela (Priyamani) in a shop. Petrified of having been locked up along with the fact that his reputation might be ruined, Bhujanga is required to keep the sex worker content until his auto-driver Friday (Aravind Kuplikar) can let them out without anyone knowing.

While Priyamani and Prakash Raj have done a commendable job as actors, they have also been able to touch a chord with the audience. Bhujanga’s confrontation with reality when he meets a sex worker has been brought about perfectly with Prakash’s precise and powerful direction. This film also addresses many social issues. One night that Bhujanga spends with Susheela is portrayed as a revelation for the two of them where they end up discarding all sorts of socially constructed beliefs that they have developed over time.

Ilaiyaraaja’s background score is another highlight of the film. With a subtle background score, the narrative ends up being another character in the movie by itself. In terms of cinematography, the camera work is commendable and the use of colours for every frame suits that particular mood and emotion. This film is a definite must-watch for those who want to watch cinema that doesn’t has the usual action, song and dance routines but has the story as their focal point. The performances are the cherry on the cake here.

Catch the Priyamani in Idolle Ramayana exclusively on ZEE5!

Contestants of Comedy Khiladigalu Season 1, 2 And 3 Return With The Best Acts!