From Rishi Sir Punishing Kamali To Forgiving Her: Here’s A Quick Kamali Recap

Yes, Rishi Sir finally smiles at Kamali and Anika flares up like a stick doused in fuel! Read about what else happened on Kamali last week, here! 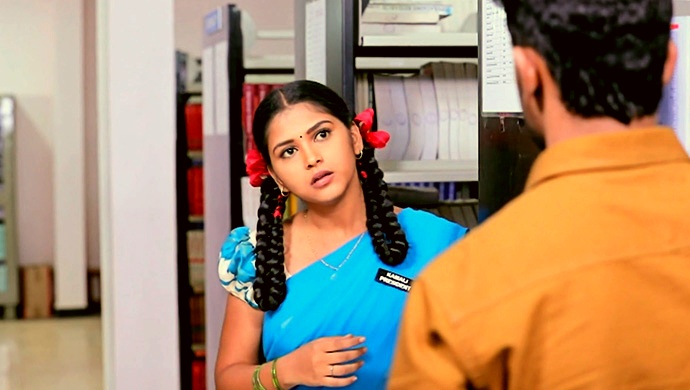 Kamali is the most popular show on Zee Kannada so far, closely followed by Gattimela and Paaru. Having said that, it’s popularity is mainly because of the millennial aspects of the show. Kamali is a show based on the youth, which is why it is so relatable to the huge masses of the state and outside too.

Did you know what happened on Kamali last week? Find out here…

1. When no one lets Kamali and Ningi sit with them, the former comes up with a better idea.

2. Elsewhere, Annapoorna is ecstatic when her husband utters his first words in such a long time.

3. Ningi plays an amusing prank on Anika to teach her a lesson for belittling her and her BFF.

4. The result of the prank is not so pleasing for Kamali and Ningi.

5. Upon seeing the dedicated students Rishi sir allows them to come inside and study.

6. Ningi comes up with a plan to make Rishi and Kamali sort out their differences.

7. After seeing each other in the library, an awkward Rishi and Kamali try to find a way out but in vain.

8. Kamali finds the opportunity to apologise to Rishi Sir.

9. After they are freed from the library, Kamali asks Rishi an important question and the results are fruitful.

10. Annapoorna lays the toughest challenge in front of Anika with devastating consequences if she fails.

Which was your favourite part of last week on Kamali? Speak to us through the space given below.

Continue the entertainment by watching the newest show on Zee Kannada, Gattimela.

The Power Star Of Sandalwood Has Delivered Brilliantly In Doddmane Hudga. To Watch The Movie On ZEE5, Click Here