Feeling Blue In The Lockdown? Indulge In Some Laughter Therapy With Comedy Khiladigalu

Laughing is important and the solution to almost everything. What better than Comedy Khiladigalu to cry some tears of joy? 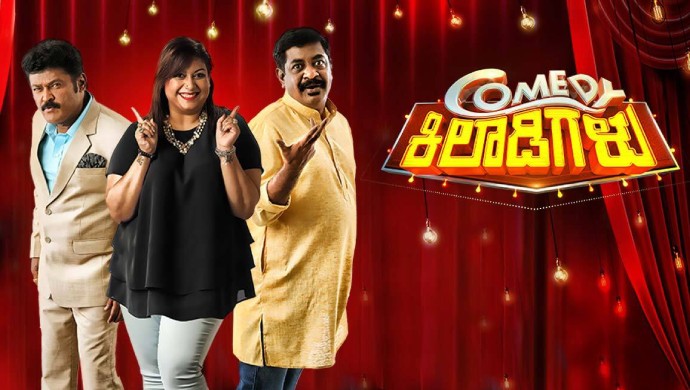 Comedy Khiladigalu Season 3 that was recently wrapped up undoubtedly had some of the most talented contestants that possess the ability to make us laugh at any point in time. Several moments in the show will lift up your spirit and make you laugh in less than a second. Speaking of which, laughter is the greatest solution and at tough times like this amidst the ongoing national lockdown, all you should do is stay happy.

Here’s why laughter is the best medicine!

Laughter relieves a lot of stress while also giving you a sense of fulfilment. Moments like those with Divya Anchan or Danappa is sure to make you fall off your chairs with laughter. Seeking out positive experiences and watching shows like Comedy Khiladigalu not only makes you laugh but also reduces the release of stress hormones.

Believe it or not but laughter improves blood flow and lowers the level of inflammation. So if you’re wondering what to watch next, make sure you revisit the 3 seasons of Comedy Khiladigalu as research has found a link between laughter and a boost in immunity.

The world has surely come to a standstill and these are undoubtedly one of the most difficult times for everyone. However, research shows that watching humorous shows and indulging in laughter during times of hardship can be a remedy and a positive coping mechanism to battle problems. Research also shows that 50% of cancer patients use humour as a type of therapy.

Well, if you’re spending time with your loves ones, might as well make it a fun one filled with laughter. Not only does it make you feel better but also boosts up the energy within you while giving out positive vibes.

Women’s Day Special: 5 Outstanding Negative Characters That You Must Know…

Who Do You Think Is The Most Responsible Manjunath Sister - Aarthi Or Amulya? Vote!