After speaking fondly about his movie Stumble, actor Prakash Belawadi went onto speak about his film with Baahubali actor Prabhas and director Sujeeth 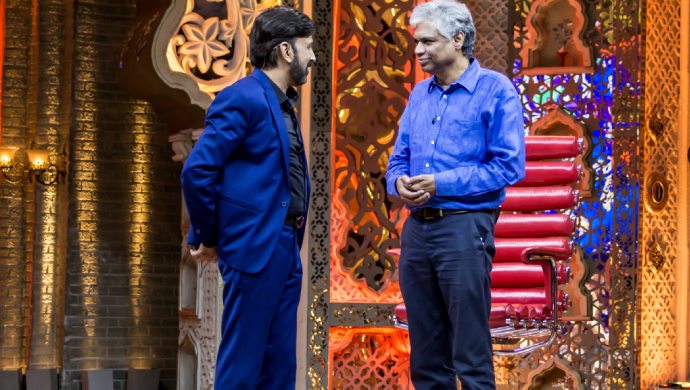 Mufti actor Prakash Belawadi is a humble gentleman, who recently appeared on the fourth season of Weekend With Ramesh. If you watched the episode, you must have learnt so much more about the actor, activist, journalist and theatre personality. So we got digging and learnt about his experience post appearing on the show, his opinion and understanding of the Weekend With Ramesh host Ramesh Aravind and his experiences with other actors.

The next part of the interview is here and even more interesting than the last. In our exclusive interview, we asked the actor to say two lines about award-winning film Stumble and he spoke of it very fondly. He called it an honest attempt to actually talk about contemporary urban reality. He stepped back into the past and said, “What I feel most was that it was valued, innocent and it was honest.” For him, that was a very important quality. The actor wants to make another such film now after so many years and hopes to have the same spontaneity.

Speaking about his upcoming projects, the actor proved how packed is schedule is going to be by speaking of all the projects on the tops of his mind. Starting with a web-series with Nikhil Advani, the actor hopes to get on board with the director soon. The actor continued by saying, “I am also hoping to work in Tamil film with Sudha (K Prasad) who did Saala Khadoos. I am working on a Telugu and Hindi project with director Sujeeth, with actor Prabhas in the lead. The film is called Saaho.”

Since he is a theatre personality there is no way Prakash Belawadi cannot do plays, right? So which play has his attention at the moment? “I mainly looking to, there’s a play I have been acting in, in Australia, called Counting and Cracking. It is an English language production and we’ve done around 40 shows in Sydney and Adelaide. We’re hoping we can do an international tour of that production,” the activist said.

Last but not the least he said, “I am hoping to do some work, both writing and acting work with Hamari films, with Kumud (Shahi) and Faisal Malik and Neel Guha as the director.”

Now coming to Kannada films, Mr Belawadi mentioned that he has a lot of offers in Kannada and mentioned one film that he is really looking forward to doing. He began by saying, “It is actually based on a short story written a long time ago. It is an English short story written in the 19th century but the film itself will be Indian and set in India. It is an extremely interesting concept about how a person tries to make meaning of his really empty life. In a moment of great retention caused by historical events which play a really minor part, there is a big history and there is a little history of this person and how they come together. That’s what the film is about.”

Who else is excited to see the veteran in all of these projects? Give him a shout out in the space below.

What Prakash Belawadi in the superhit film Mufti also starring cousins Sriimurali and Shivarajkumar, on ZEE5.

When Surya Realises His Father Is In Trouble, He Keeps His Ego Aside And Goes Back Home To Protect Him. Watch Surya’s Story In The Hit Film Doddmane Hudga, Streaming On ZEE5

5 Reasons Why You Should Absolutely Watch Natasaarvabhowma