EXCLUSIVE: Mokshitha Pai Of Paaru: It Was Challenging To Play The Role Of A Village Girl

Learn about Mokshitha Pai's most memorable moment on the show Paaru, her journey to becoming an actor and the challenges she faced for the role 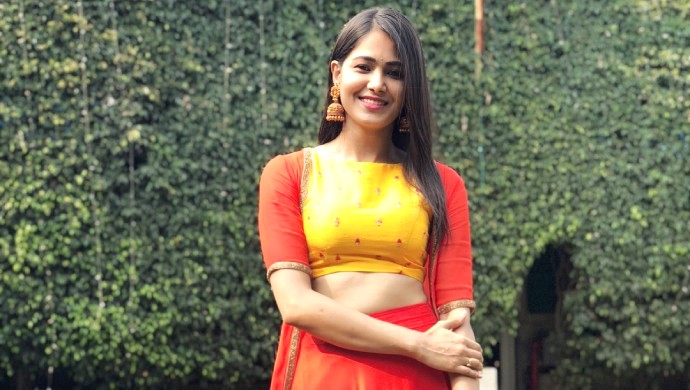 Paaru has been hugely appreciated by the audience, thanks to its plotline, interesting characters and numerous twists and turns. The show stars Mokshitha Pai aka Paaru, Sharath Padmanabh aka Aditya, Vinaya Prasad aka Arasane Koteya Akhilandeshwari and Sid Moolimani as Preethu. If you are a fan you must already have read our exclusive interview with the hottie Sharath. For those of you who didn’t, here’s your chance to get to know about the actor’s love life and celeb crushes.

Next, on our exclusive interview list is the protagonist of the show, Mokshitha Pai. She tells us how she forayed into the television world, her experience as a newcomer as well as her most enjoyable moment on the show.

Q: Did you always want to become an actor?
A: I used to get offers since the time I was in college itself, but at that time I didn’t take it much seriously because I didn’t know if I could act. Ramji sir had offered me a role in the show Putta Gowri Maduve, but I had to politely turn it down owing to my studies. When the show aired, I regretted my decision. Eventually, Paaru was offered to me.

Q. What is your most memorable experience on the show until now?
A. The first time I shot with Akhila Amma, I mean Vinaya Amma (played by Vinaya Prasad), was one of my most memorable moments. I had to act in front of the entire cast. Since I am a newcomer I was extremely scared, but all of them put me at ease. Vinaya Amma has thoroughly supported me and taught me how to go about things in every scene that I have done with her.

Q. How challenging was it to play the role of a village girl?
A. It was a huge challenge because I have been born and brought up in the city. When Dileep sir saw me, he knew that I would be apt for the role. He conducted a workshop for me before the show started and ensured that I started playing the role only after working on myself thoroughly. We worked on my body language and speech. I was even asked to believe that I was Paaru off-sets and practise staying in character while shooting. I had to also stop speaking English in order to stay in sync with my character. I made it a point to converse only in Kannada.

Q. What do you think about your character as Paaru?
A. Well, she is a girl who doesn’t hold anything back and says what is on her mind. If someone else is in trouble, she goes out of her way to help them. Paaru is also someone who doesn’t like to trouble anyone for her sake.

What aspect about Namma Paaru surprised you the most? Keep your answers flowing in the comments space provided below.

The Performance Round On Sa Re Ga Ma Pa Li’l Champs Season 16 is worth watching once more, click here now to streaming it on ZEE5.

Doddmane Hudga Will Keep You Entertained Because It Is A Family Drama That Has The Perfect Balance Of Every Emotion. To Watch All You Have To Do Is Click Here

Kamali Weekly Recap Of 18-24 September 2019: Kamali Finds Out About Her Grandpa's Death