Chaithra Rao, aka Janaki, tells us how she prepared for Parvathi's death scene and the episodes after that. Read to know what else she said. 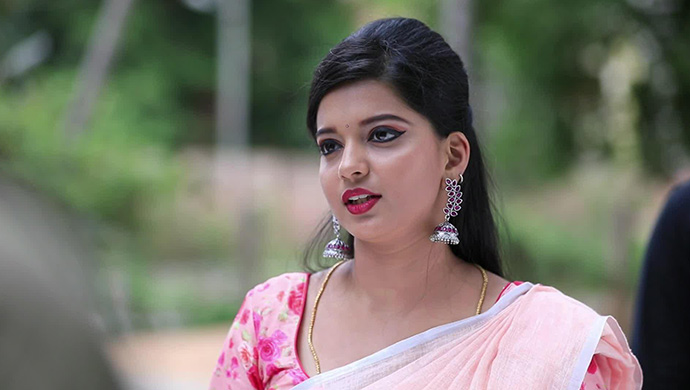 There is a great saying that all good things must come to an end. In order to cheer you up, since today is the last day of the blockbuster show Jodi Hakki on Zee Kannada, we have the second part of the EXCLUSIVE interview of Chaithra Rao aka Janaki. The upcoming show, Radha Kalyana, is set to take its place from the 15th of this month. But more on that later. We got a chance to ask some personal questions like Chaithra’s relationship status and her celebrity crush. She additionally revealed about her first film venture, her favourite hobbies and hangout spots in Bengaluru. Most of all, we wanted to know how she prepared for Parvathi’s death scenes and her answer was super relatable.

Here are edited excerpts from our interview with Namma beloved Chaithra Rao from Jodi Hakki. Read on.

Q. Can you tell us about your film venture, Mayabazaar?
A. Right now, it is just the film Mayabazaar made under PRK productions. I am starring in this film alongside Vashishta Simha, Achyuth Kumar, Sudha Rani and Prakash Rai. I play one of the leads in this film and I feel so happy. To work with such veteran actors gives me great pleasure, and I hope I can do some justice to my role.

Q. When Parvathi’s character died, how did you prepare for the scenes?
A. I had a great rapport with Ramya Akka (Parvathi) and we would meet daily. Suddenly after sharing so many days, when I realised that from the next day she won’t be on the sets with us, it was not only me, but everyone else was sad about it. So carrying that sadness in my heart that I wouldn’t be able to see her anymore, I did all the scenes that followed. That was the only emotion which was on my mind, because until now I haven’t seen anyone die in front of my eyes. For such rituals, in our house, they do not take any women. To see all the rituals first-hand, I was taken slightly aback. In my heart though, all I could think of was that I won’t see Akka on the sets anymore. I also missed the food that she would bring every day (chuckles).

Q. What do you think of Jodi Hakki from an audience point of view?
A. The first thing that would come to my mind is that it is a Mandya-based story. The second thing is that it is an impossible love story maybe because, for any educated girl, she would always expect her partner to be well-educated too. In reality too, for me, a partner should be well-educated. So in a way, it is an impossible love story. Even for the Mandya-based guy, for example, if he is liking a woman who hails from the city, that is like a wow-moment. The third thing I noticed was the strong friendship between Rama and Manja, Janaki and Anu. Similarly, the bond between a father and a son. So, these are the first few elements which I liked as the audience.

Q. Whose acting on the show completely impressed you?
A. For me, my father-in-law’s (Manjunath Hegde) acting is very impressive. He does it so amazingly that it doesn’t feel like he is acting. It feels like he is just living the character. So in whichever scenes Mava acts, I love all those scenes.

Q. How would you describe your relationship status?
A. I am single (chuckles).

Q. Any celebrity crushes?
A. My all-time crush is Sudeep sir. My inspiration, my anytime crush and I follow him, so it is just Sudeep Sir to me. I had seen his first film Chandu, and since then, I have not missed a single movie of his.

Q. Did you ever get a chance to meet Kiccha Sudeep?
A. I was a child artiste as well. So while doing a movie, I met him once as he was a part of the film. He was supposed to appear in one of the last scenes, so we had all gone for the shooting. So at that time, he had met all of us. My mother says that I had clicked a photo with him, but I seriously don’t remember. So that is the only time I have seen him and met him.

Q. What are your favourite hobbies?
A. I read books as I have started liking reading books since recently. I like to play games on my phone, I sleep. If I get the time, I go for dance classes and attend my theatre classes regularly. Yeah, these are my hobbies.

Q. Any particular places in the city you go to often?
A. I don’t have places that I repeatedly go to, but spending time with my friends is very important, not the place we go to. If they are around me, I am happy. They are my childhood friends since the time I started my theatre classes.

Send in your best wishes to the cast of the show in the space given below.

Watch all the episodes of Jodi Hakki from the beginning if you are a fan, right here on ZEE5.

The Superhit Latest Song Round On Sa Re Ga Ma Pa Li'l Champs Season 16 Is Now Available For Free On The ZEE5 Platform. Click Here To Watch It

EXCLUSIVE: Care To Guess Who Is Coming Soon On The Sa Re Ga Ma Pa Li'l Champs 16 Show?