In the 2nd part of the interview with Raambo 2 actress Ashika Rangnath, learn about her chemistry with Sharan, her relationship status and much more! 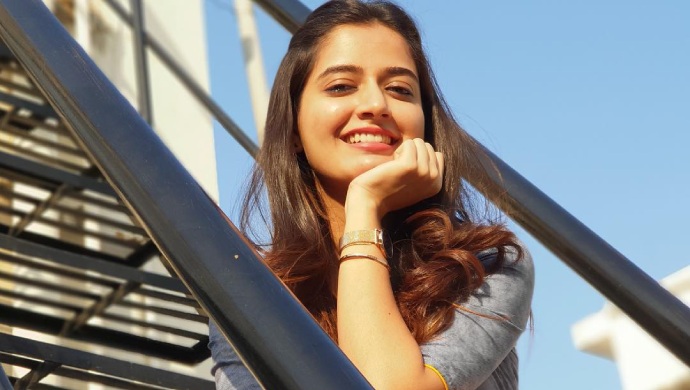 Known for her roles in films like Raambo 2 and Thayige Thakka Maga, Ashika Rangnath is the new beauty in town. The actress, who made her debut just three years ago with Crazy Boy, has already acted in 10 movies and will complete four more projects this year!! The 23-year-old,  who is a rank outsider, has made a name for herself within a short span of time, and we couldn’t be prouder. She was spotted by director Mahesh Babu at a beauty pageant in her college and that’s how Ashika landed her first Kannada film.

In a candid chat, the pretty actress talks about her co-stars, her celeb crush and her ideal man.

Q. Which actor you have enjoyed working with the most?
A. (Laughs) This is a difficult question, honestly. But overall, sharing screen space with different actors has been a great learning experience. For instance, Shivanna is a very senior actor, but he is still so young at heart (chuckles). He has been doing extremely well and you get immense inspiration and motivation by the work he does.

Even stars like Ganesh Sir and Krisha Ajai Rao Sir have been supportive and friendly.

Q. How has it been working with Sharan yet again after Raambo 2?
A. He is great fun to be with and I am quite comfortable around him since we have already worked together. He has a fun-loving and lively nature and makes everyone laugh on the sets. He is not just a comedian on screen, off screen too, he is very entertaining. There were several funny incidents on the sets of Raambo 2 because it was just three characters throughout the movie — Sharan Sir, Chikkanna and me. And Chikkanna and Sharan Sir have been good friends for a long time.

Since I was the newbie, they made a lot of fun of me. Both of them love to sing, so they would hum evergreen songs. Sharan Sir also croons a lot of classical tracks. When they met me for the first time, they asked me if I know to sing. When I said no, they encouraged me to do so. They took me to a director and praised my voice in front of him.

Then they took me to the cinematographer and asked me to perform in front of him. Since they demanded it, I genuinely thought that I sing well, but in reality, they were playing a prank on me. Similarly, since they are experienced actors, it was easy for them to get into character for the takes. But as I was relatively new, I had to be focused when I faced the camera. Once, they offered me a biscuit and it was my close-up shot next. Despite telling them that I don’t want to eat it, they coaxed me.

The director scolded me because we were filming in North Karnataka and there was a huge crowd. So, it was difficult to shoot in that situation. Keeping that in mind, I had refused to eat the biscuit but they not only forced me to have it but also made fun of me. That was when I was almost into tears. Sharan Sir is a prankster even on the sets of Avatara Purusha, the next film I am doing with him.

Q. Are you single? Who is your celeb crush in Sandalwood and why?
A. Yes, I am a single, 23-year-old girl (laughs). The problem of having a celeb crush in Sandalwood is that almost everyone is married. So, there are very few options (chuckles). However, outside of Sandalwood, all throughout my high school, I have had a huge crush on Siddharth, who also acted in Rang De Basanti. I wish I get to meet him some day. He is so handsome (smiles). I like the kind of films that he has done. I think I have seen almost all of his movies during that time.

Q. Can you describe how your ideal life partner should be like?
A. He should be a surprise package. However, I would like my man to have certain qualities. I would like him to be around 6ft, I am attracted towards guys who have a wheatish complexion. I would also appreciate a person who likes fitness as much as I do. He should be supportive and helpful towards my career and respect my work. And lastly, he should be extremely loving towards me (blushes).

If you are a fan of this actress, don’t go anywhere, there is the third and final part of the interview of Ashika Rangnath coming up soon. Stay tuned.

Watch all the episodes from the ZEE5 Original Series Husi Nagu, streaming in Kannada, here on your ZEE5.

26 EXCLUSIVE Pics From This Week's Episode Of Comedy Khiladigalu 3