From her friendship with Ramya to her chemistry with on-screen love interest Arya, Anu talks about her journey in her debut TV show Jothe Jotheyali 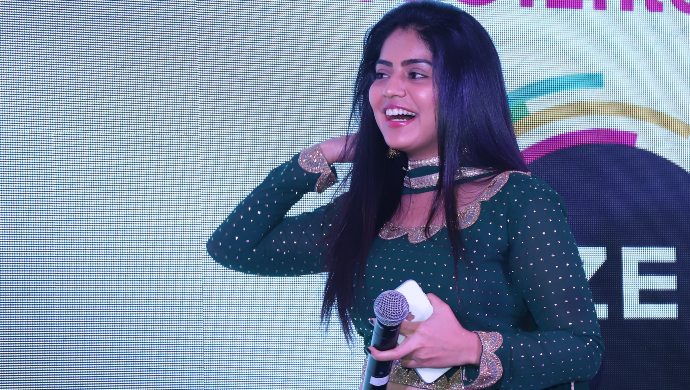 An unusual but fun-loving story, Jothe Jotheyali revolves around Anu and Aaryavardhan who are poles apart from each other but find their way to become part of each other’s lives. While Arya makes endless attempts to deny his feelings for her, Anu does everything to get him to accept his love for her. Starring Megha Shetty and Aniruddha Jatkar who play Anu and Arya respectively, this show has won the hearts of huge masses and become the #1 serial in the whole of Karnataka.

When we recently conducted an interview with Megha Shetty, she shared what were her plans before she made her television debut and even spoke a little about her role as Anu. In this interview, she talks about how she got her first break, her chemistry with Arya and about her best friend Ramya!

Tell us a little about yourself and the incident of being discovered on Instagram.

I am very grateful that I was offered the role and it gives me immense pleasure to talk about that incident of how I was chosen for the role. First of all, I would like to thank Raghavendra Hunsur sir who found me on Instagram along with Zee Kannada and J.S Productions for giving me this opportunity. Today, I am here as a part of a serial that is #1 in Karnataka and it makes me so happy to see that I have been able to win the hearts of our viewers.

How does it feel to be part of such a big project?

I am absolutely happy to be part of such a project. It is honestly the best thing to have happened in my life. Previously, I had rejected this show as I had other things planned for myself. But then Raghavendra sir was sure that only I should be cast for the role of Anu. In hindsight, I feel if I hadn’t taken up this project, I would have regretted it extremely. Now, I feel like it is the best decision in my life.

How different is your off-screen personality from your on-screen character?

My character and I are not very different from one another. Except for the fact that Anu cries a little more than I actually do in real life, there are very few differences between Anu and Megha.

Is there anything you would have liked to change about Anu’s character?

I am very happy with Anu as she is. The writer and director have built my character a certain way. I would not like to make any changes to it.

You and Ramya are best friends on-screen and your Tik Tok videos with her are viral too! How is your off-screen chemistry?

Ramya and I are best friends on-screen and off-screen too. In fact, when we are giving a shot, we don’t really feel like we are acting. The bond comes very naturally and we share genuine feelings when we act.

How is your relationship with your co-star Aniruddha Jatkar?

I am very happy to be given this opportunity to work with Aniruddha sir. It is a privilege to act with him and I am as happy as I would be if I shared the screen with Vishnu (Vardhan) sir (who is his father in law). He is extremely supportive and also gives me tips while acting as I have no prior experience. He gives me positive vibes and I am very happy to work with him.

What are your three favourite moments from the show?

One moment in the serial is when my parents and I share one chapathi. It reflects the situations in our country that has been recreated in the show. This moment also made me very sad. Another one is when my mother decided to sell all her jewellery. However, when it came to selling her thaali it was absolutely sad to enact that scene. That was the best scene according to me. Another scene is with my parents again where Anu was required to go to Hubli but her parents cry a lot. This also is a reflection of the girls who have a hard time when they leave their house to go and work in another city. Lastly, our serial gives out many social messages which makes us happy as we get a lot of positive responses for the same.

On the show, Anu and Aaryavardhan are separated by an age difference, financial statuses, outlook of life and so on. How will these two end up together keeping these differences in mind?