Ahead of Election Results 2019, take a look at actors like Shivarajkumar and Arya whose film characters are perfectly suited to run for Prime Minister 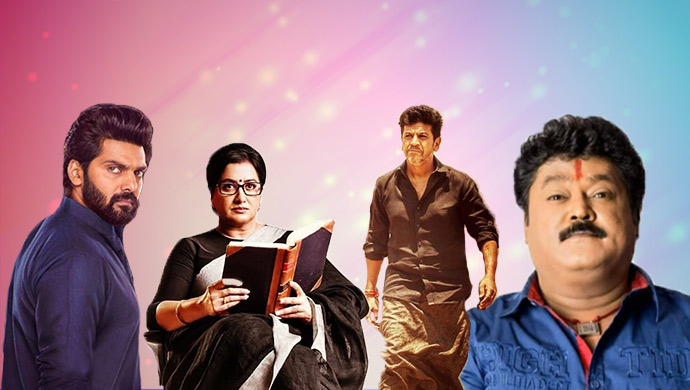 The Lok Sabha elections, that completed its 7th and final phase on Sunday, 19th May 2019 is said to bring prominent results during the final count that will be held on 23rd May 2019. While we await the results, let’s look at this whole situation in a different light, shall we? What if we looked at certain characters played by popular Kannada stars in movies and take a vote on who you think will be a good politician? A brilliant idea if you ask me.

Shivarajkumar plays the role of a powerful man, Bhairathi Ranagal, in the fictional village of Ronapura. His character in Mufti is similar to that of ‘Robinhood’. While people fear him, there are many more for whom he truly is God. Also, the ones who fear him are the ones who are on the wrong side of humanity.

The Crazy Star is known for his multi-faceted talents that shine brightly onscreen. He plays the role of Sathya Moorthy, an IAS officer, in the movie Hebbuli. His character is dearly loved by his subjects and followers and that is why Sathya Moorthy is our second candidate on the list.

The first criteria to be a politician is to understand the public’s need and fulfill it according to how the law permits. Sumalatha Ambareesh has splendidly played the character of Parvathi, a prominent lawyer in the film Thayige Thakka Maga. However, it is evident that with Parvathi’s ideologies and comparatively calm nature, she would make a perfect fit as a politician.

4. Arya as Vishwa in Rajaratha

Another great quality a politician is required to have is control and discipline. Even though in Rajaratha, Arya aka Vishwa unleashed his inner beast in the end, he would have made an excellent politician because of his great control over a crowd as well as his disciplined morals.

5. Jaggesh as Manja in Melkote Manja

Jaggesh who mastered the role of Manja in the film Melkote Manja, will be the final and probably the next best contender in this group. After understanding the public’s needs, the second thing a political leader needs to have is a way with people. If you can convince people about yourself, that’s self-marketing 101. In the film, you must have seen how well he deals with the money lenders as well as the bank managers.

Now it’s time to vote. The comments box below is awaiting your choice of politician from this list.

On the ZEE5 platform, you get to choose from a variety of Kannada movies to keep you entertained.

If You Are A Shivarajkumar Fan, Watch His Film The Villain Also Starring Kiccha Sudeep On ZEE5 Now