Do You’ve A Horrible Boss Like Vedanth? Here Are 5 Real-Life Confessions About Mean Bosses

The 'Boss Problem' has been the same since time itself. Very few leaders have been able to set an example to their team! These confessions are proof! 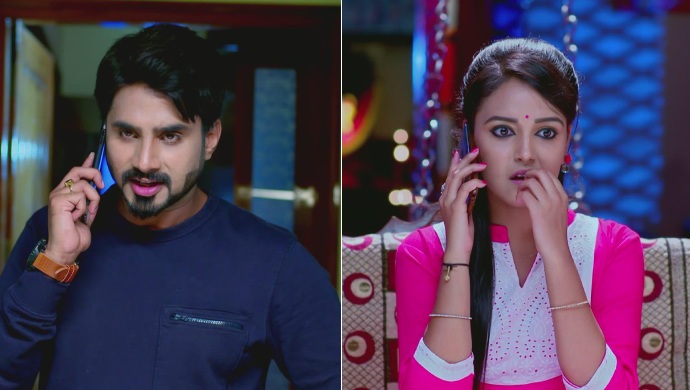 Don’t we all wish for an amazing manager aka boss with each job change we make? Just like greed, this too is a human tendency to have. However, whether that wish is fulfiled or not is entirely dependant on your luck. That is just the way how things work in the real world. The bottom line is that regardless of the kind of boss you have (mean, a bully, a micromanager or even a biased person), work can never stop. Our channel Zee Kannada has always strived to expose such lesser-spoken evils of the corporates through its primetime shows. Take the leading show Gattimela for example, have you seen how Vedanth treats Amulya as an employee?

Forget Gattimela, what about Radha Kalyana? Shri Krishna is no ideal boss to Radha too. But taking a step aside from the TV-world, in real-life too we found some brave-hearted souls, who were ready to discuss such incidents and share it with you. Just a heads up though, in order to protect their identity, we have used some alias names as well. Let’s begin.

1. The Meanest Boss Of The Century

“Last year in mid of march 2018 I was working on a project and I was given the responsibility of planning and deploying the same. So I had studied a lot and was about to complete my project on time but I fell ill suddenly. Despite this, I still managed to go to work as it was the final day to submit my project. While I was rechecking the final project file that day, my boss who was never involved in the project or helped me with it came to my desk and started insulting me. He kept asking why it is taking so long to send the project out. Not only this, he questioned my work ethics and skills too. Helpless, all I could do was send the file to my boss. He, however, without taking a single look he directly forwarded the mail to the superiors. Further, he hadn’t had his fill so he came back to scold me again. By this time, the seniors, who saw my work came all the way to my desk and started appreciating me. It was then that my manager realised his mistake.” – Arjun Sinha (name changed), Service.

2. Yearning For A Simple Leave Approval

“According to the company leave policy, I was supposed to apply for leave before 14 days. However, I applied for 1 and a half days’ leave before 25 days. My boss’s approval was awaited due to which I could not book my tickets to Bangalore. Therefore, I thought of dropping a reminder email to him. Despite email reminders, my boss didn’t bother to revert which according to me was an absolute mean thing to do.”- Romi Mukherjee, Writer.

3. The Story Of The Vengeful Colleague Of My Manager

“When I was new to the company, my manager was happy with my work and gave me additional responsibilities, which I appreciated. Forward to four months down the lane. After months of hard work and helping to manage a team by assisting my manager, one day I was asked to change my place (as the whole team was being shifted). Since it is a known fact that professions like writing need a quiet environment for the best creative juices to flow in, we were shifted next to the noisiest team in the company. Despite many efforts to put it across to my manager that it was difficult for me to concentrate, not only was my request rejected outright, but my boss called in another colleague (who had nothing to do with his team-decisions or the project) to have a ‘Talk’ with me. Not only did the lady remove me from all my previous responsibilities but also warned me that she will never make me a mentor again if I don’t adjust in a noisy place. Phew! Am I glad to have left the company or what? (chuckles)” – Mandira Kapur (name changed), Writer.

“There was this one time where I made a minor error and the editor lost his cool because he had a fight at home. He just kept yelling in front of everyone. The entire team was looking at me and told me later that what kind of a person he was. When the error was so small and he had forgotten to QC it before it went live.” – Rajeshwari Pandian, Writer.

5. Grounded For No Reason

“The process of my previous company had shut down so we were moved to another company (internally). Despite not liking my interview (according to sources), the manager of the project hired me. It was unreal because I know the vibe we shared during the interview. The project soon began and my Team Leader gave me some responsibilities, which according to me I handled very well. Even my Team Leader and the Country Head (above the manager who hired me) appreciated me for my work but not my reporting manager. Proof came to me when I saw that except me, all the 39 members from the probation batch, were given permanent employee statuses. It only broke my morale but pressured me to leave. I still recall having a talk with the Country Head, who asked me to think about my resignation twice as it would mean that my ‘Micromanaging’ reporting manager won.” – Naina Utthira (name changed), Photo Editor.

Alas, while we try to envision a better future career-wise, there are many of us who suffer internally and rarely have a chance to discuss such problems with anyone.

So even if you don’t want to share your name, don’t forget to let us know if you too went through something like this in the past or present. Send in your comments in the space below.

Watch the latest episodes of your favourite show Yaare Nee Mohini, here on your ZEE5.

The Manoranjan Ravichandran And Shanvi Srivastava Starrer Saheba, Should Be Your Pick You Like Cute Love Stories. Click Here To Watch This Film On ZEE5