Do You Know Why Raaga Director PC Shekhar Selected Bhama For The Role Of Anusuya?

From selecting Bhama for the role of Anu to making her visit a blind school to understand her role, the director’s hard work totally paid off! 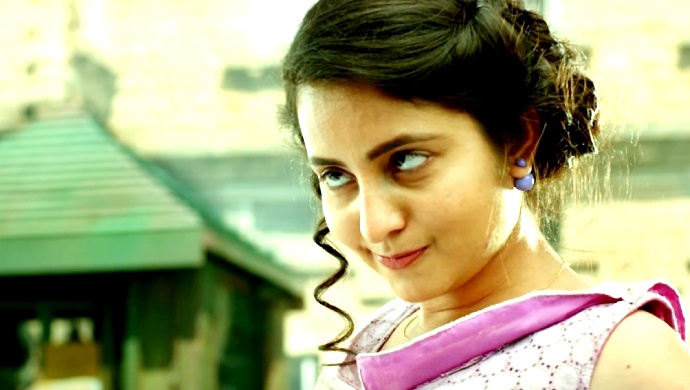 Bhama, who is popularly known for her Malayalam and Kannada films, plays the role of Anu/Anusuya in the PC Shekhar directed film Raaga. Set in between the 50s and 60s, it is a one-of-a-kind love story of two visually impaired people. Also starring in the lead with Bhama is Mithra, whose onscreen name is the same. This fairy tale classic will give you romantic feels, guaranteed.

You might be surprised to know that the director of Raaga and Bhama have already worked together before. So how did PC come to the decision that Bhama will suit perfectly for Anusuya’s role? The director revealed what his thoughts were at the time, in an interview with a leading media firm. “I wrote this story and the first person that came to my mind about who should play this role was Bhama. The character requires a really great performance. I have worked with Bhama earlier and therefore have the confidence that she will carry the role through aptly. She too signed up for the role immediately after listening to the story with no questions about who was going to be cast opposite her, etc,” PC Shekhar said.

He went on to say, “She began training for the role as playing a visually impaired individual is not easy. Right from appearances to body language and the kind of materials and equipment they use — every detail is sensitive and extremely important”.

For this role, Bhama had to do a lot of homework before she began shooting. In another interview, she mentioned the obstacles she had to face, to play this role. “The director and I visited blind schools, observed and interacted with the students there as homework. We realised that their body language is completely different. A grown woman, for example, doesn’t know she is all grown up and some of her mannerisms would resemble that of a child. I got cues from all this and have tried to work it out in the film. It was strenuous for my eyes but I have done my best”, the Raaga actress said.

Although her character is that of a blind woman who has grown up under the care of her rich father and his driver, Bhama mentioned in the interview that it’s not all about that. She said, “But it is not a usual rich girl-poor man love story. The film is set in the 50s and so the clothes we wear are all of that era. The boy she falls in love with is also visually challenged. They create a beautiful world of their own which is accessible to none else.”

In the interview, she recollected the reasons that made her accept the role. Her primary reason was that she had never enacted such a personality ever before. Secondly, her confidence in the director’s capabilities drew her to sign in for Raaga. She also revealed the determination of Shekhar to get a shot right. This could only mean that there were several takes. Nevertheless, all we can see is Bhama’s finest in every scene. Our kudos to the director and this super fine actress in Raaga.

Did you like Bhama’s distinct role in the film? Your thoughts are most-awaited in the comments space below.

If you are a Bhama fan, watch her movie Auto Raja starring opposite Namma Golden Star Ganesh.

If You Are An Action-Thriller Freak, The ZEE5 Original Series Alarm Is Your Go-To Show

Namma Navarasa Nayaka And The Power Star Share The Same Birthday. Oh And It's Today