Did You Know That The Director Of Raaga Was The Real Hero Behind The Film’s Success?

14 years before the release of this film, Shekhar started nursing the idea. His efforts paid off through this fairytale-like story. 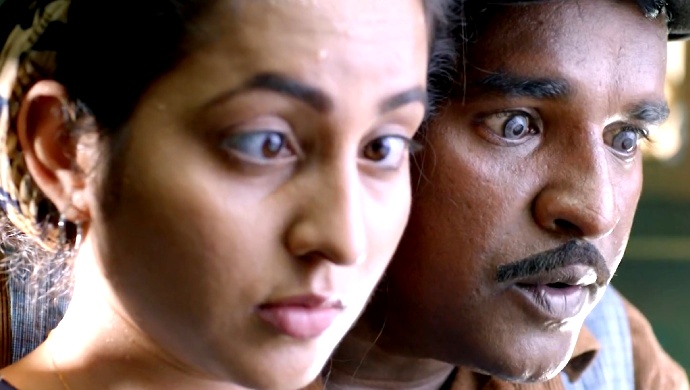 One of PC Shekhar’s finest, Raaga is a beautiful love story about two people who are visually-impaired but may, in fact, be better than you and I. With some amazing acting talents in the basket, Raaga is a well-balanced movie. Starring Mithra and Bhama in the lead roles, this film will make you appreciate the smaller things in life.

From the sets to backdrops, Raaga is a film you cannot miss:

In the movie, Mithra is a blind man who seems more intelligent than those who can see around him. He keeps track of everyone through some unknown way which often startles them. One fine day, he crosses paths with another visually-impaired person. He later finds out that Anu (played by Bhama) is the sole heir of her father’s enormous empire. The movie perfectly depicts the challenges thrown in both Mithra and Anu’s life, given that they can’t see.

With constant intervals of different emotions, PC Shekhar has totally impressed us in terms of talent and the story itself. Almost like a fairy tale, the movie begins precisely where it should, and the ending…well, I don’t want to give out spoilers right away. Do watch the movie for the most unpredictable ending.

When asked about how special this movie was to the director, Mithra shed some light on this topic, “Even though I had worked with Shekar before, I saw a very different version of him on the set of Raaga. This is a subject that he has been nursing for 14 years and he was so driven and commanding to get the best out of everyone, be it Bhamaa, Avinash, Jai Jagadish or me, among others. We already had all the best technicians onboard, so Shekar only had to focus on ensuring that the cast got their parts right”.

In another interview, the director himself expressed his feelings about Raaga, “With this film, I am trying to portray the fact that love is not about physical appearance or one’s financial standing in society. It is a lot deeper than that and that is how it’s meant to be. Here, the lead actors don’t see each other but they connect emotionally and musically”.

Raaga makes us reflect on things that can inspire life lessons to anyone. It dwells on the daily things that we may miss, but that is equally important to keep in mind. If you too are looking for inspiration, Raaga is your go-to film!

What was the best thing you liked about this film? We are excited to learn about your perspective in the field given below.

From A Dhoti To A Suit, You Will Want To Own These Dheekshit Shetty Approved Outfits