These two talented Sandalwood actors made use of their beloved friendship and worked together towards creating an amazing concept for this film. 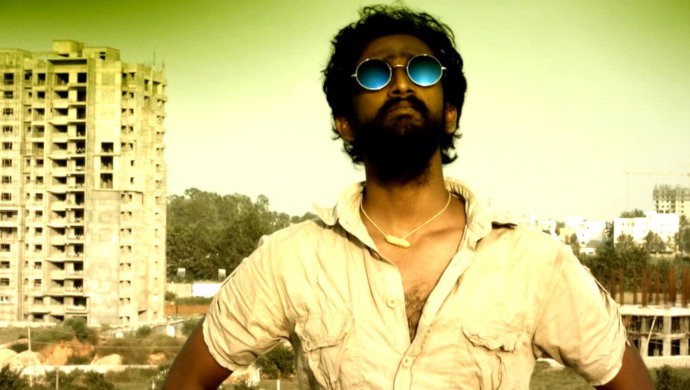 Huliraya is one film that is sure to keep you on the edge of your seat from the get-go. Directed by Aravind Kaushik, the film brings to the viewers a concept that is very seldom thought of. It is about a man who is torn between two different worlds. Balu Nagendra plays the role of the protagonist Suresha alongside Divya Uruduga (Lachi) and Chirashree Anchan (Malli).

If you haven’t seen Huliraya yet, here’s your chance to do so:

The main reason behind the positive feedback that the film earned was Balu and Aravind’s friendship. While they had long planned to work together on a film, things didn’t seem fruitful until Huliraya. When asked about the kind of entertainment an audience wants, Balu told a leading daily, “People want to be entertained, they want to feel 100% refreshed after having watched something. Films are a huge medium that impact all our lives. They motivate and inspire and ensuring they do so is our responsibility.”

Even the other characters in the film have done a splendid job, but it is Balu’s passion for the character of Suressa that piqued our interest. Without further ado, let’s look at some offscreen facts about the actor that will blow your mind.

Prior to the shoot, Balu had to thoroughly prepare for the character of Suressa, because it needed that much intensity. He also spent hours trying different techniques to nail the role he was to portray.

Buddies Balu and Aravind came up with the concept of Huliraya almost six months before the inception of the shoot. Even though they had planned to work together for a long time, it was Huliraya that gave them the opportunity.

3. He scared everyone alright!

During the shoot of the film, the other actors got quite intimidated by Balu’s personality (because he was in character the whole time). One such actress was Chirashree Anchan, who was terrified of shooting in the forest locations because Balu wasn’t ready to get out of character.

4. A veteran in theatre

Balu Nagendra has an experience of almost 15-20 years in theatre which helped him prepare for the role of Suressa. He knew what it took to get into the character of a different personality so he started prepping from the get-go.

5. The artistic side of Balu

The Huliraya actor is also a brilliantly talented painter (as you can see in snippets in the film). Unlike artists who are called in to paint, draw and sketch things for a film, all the scenes where Balu is seen drawing or sketching was done by him.

With a strong character like Suressa, Balu has done a fantastic job in nailing the essence of the protagonist.

Have you watched the film already? Which were your favourite parts in the film? Awaiting your comments in the space below with #Huliraya #Balunagendra

You can now watch many ZEE5 Original Series in Kannada, click here to choose.

Natasaarvabhowma Trailer Review: The Power Star Justifies His 'Title' In This Horror-Drama

Gattimela 15 May 2019 Written Update Of Full Episode: Vicky And Aarthi Spend Time Together