The testing kit ‘Feluda’ named after a character from Satyajit Ray’s detective movie, can detect coronavirus within an hour. 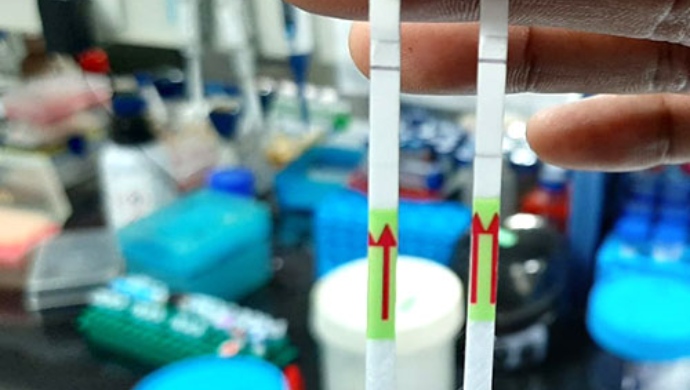 The Council of Scientific and Industrial Research (CSIR) has developed a new test kit to test the coronavirus. The kit that has been named  ‘Feluda’ has been developed by the team of CSIR’s Institute of Genomics and Integrative Biology (IGIB).

‘Feluda’ is a thin paper-based kit for mass COVID-19 testing and a line in this paper strip will reveal whether one is coronavirus positive or negative. It is said to be cheaper than other testing kits as well as faster. It will take about 30 minutes as compared to the RT- PCR kit that takes around four to five hours.

If a person is negative then the Feluda shows a single upper line called the control line and if positive it shows two lines, the control line as well as the test line.Interestingly, the testing kit has been named after a fictional character from Satyajit Ray’s detective movie, ‘Feluda’.