Comedy Khiladigalu is back with some interesting acts; from a haunted house journey to an arranged marriage act, they've got it all this weekend! 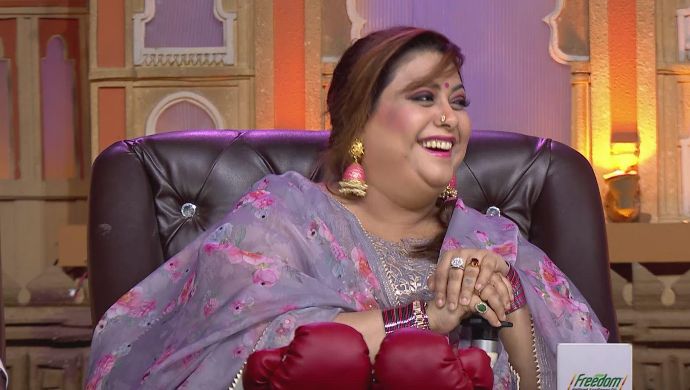 Well, unfortunately, we could not entertain you the previous week with Comedy Khiladigalu but that was only because of the Comedy Awards 2020 that were held, to recognise a genre that has not been given as much importance as it deserves—Comedy.  The Best Heroine In Comedy’ award was handed over to Aditi Prabhudeva while Rishabh Shetty won the ‘Best Hero In A Comic Role.’

However, this week we are back with Comedy Khiladigalu and here’s the full episode of the same! This time, it was slightly hatke as the contestants performed together rather than solo acts and moreover, they were not graded by the judges. Keep reading to know more.

Master Anand welcomed the guests for the night—children, women, men and our beloved judges — with a great introduction in his own inimitable style.

The show kick-started with a very dangerous thief hastily escaping from prison. Amidst all the chaos, he landed up in a haunted house. The plight he faced with ghosts and his journey in that house was worth a watch.

Ever thought of watching a show within a show? Well, the next act was actually a spoof of how award ceremonies in the industry take place. This one was an honest and entertaining act with Danappa winning the ‘Best Actress Award’ and doing a fabulous job with his thank-you speech. This stint will surely make you fall off your chairs.

In the next act, two men were seen trying to kill one another. It was entertaining and thought provoking at the same time. To know more, you will need to watch the act.

“When comedians perform acts as drunkards, the same is undoubtedly entertaining,” said Master Anand as he told viewers about the following performance. However, let’s include a Guruji who also got drunk only for things to take a big turn later. Performed by Deepika, Manohar, Rakesh, Praveen, and Umesh, this one is a must-watch!

This performance showcased a choreographer facing a number of challenges with his students. Ever thought of the choreographer himself being a problem? Performed by Santosh, Manohar, Rakesh, Divya Anchan and Danappa,  this was an interesting act of the same.

For this performance, a boy wanted to get married to a girl and was on his way to see her. Did this girl marry or reject him? Praveen, Divya Anchan, Chandrashekar and Danappa show you their journey in this act.

Watch the episode and tell us what you think in the comments section below. Catch all episodes of Comedy Khiladigalu exclusively on ZEE5!