An award-winning film with just three soulful songs is enough to keep you musically entertained. Our favourite is #1. 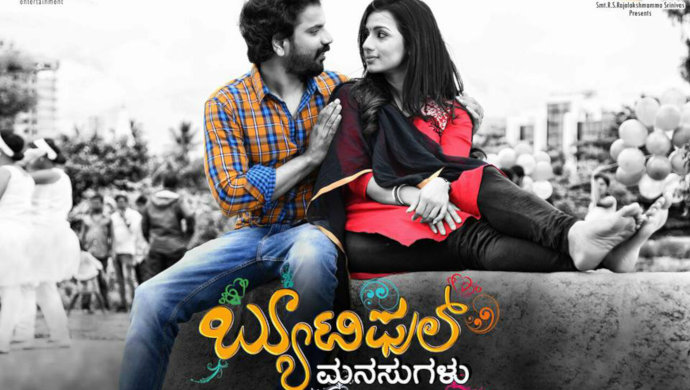 Beautiful Manasugalu is a movie that emphasises on the media’s role in corruption. Starring Sathish Ninasam and Sruthi Hariharan, this film is based on a real-life incident that took place a few years ago. Director Jayatheertha has executed the main message of the film exceptionally well.

Watch and listen to the tunes along with the film here:

Despite a very short runtime, the makers of Beautiful Manasugalu have managed to fit not only two amazing songs but also two soulful theme tracks in the film as well.

Apart from the title track of the film, there is a Sufi instrumental track that emphasises on the romance created between Prashanth (Sathish) and Nandini (Sruthi). Both the numbers are so melodious that it will be difficult to choose a favourite. Bharath BJ’s creations are totally worth every second spent.

Marked as the introductory song in this film, this slow yet power-packed song by Raghu Dixit is a superhit. If you are a fan, you know his voice can reach the depths of your heart. Listening to this singer also brings out a kind of josh in you, doesn’t it?

A song that focuses on Prashanth’s feelings for Nandini.  In the song, he describes her in a glorious way after learning about her simplicity. While she can be seen shying away from Prashanth, he woos her with his best efforts.

On the contrary, this is a mellow song which looks at the heartbreak Nandini experiences when Prashanth doesn’t believe her. Throughout the song, she is seen reminiscing the times when Prashanth pursued her and she finds herself all alone against the big bad world.

In conclusion, all the songs have done complete justice to the mood that was set for them. If you still haven’t seen the movie, you totally should. Mainly because it focuses on the lesser-spoken social evils in our society, that can either make or break you. In this case, it almost broke the love between Prashanth and Nandini due to an unwanted situation created by the police officer.

Which song is your favourite? What part of the movie did you like? Share in your thoughts in the box below with #Beautifulmanasugalu #Sruthihariharan #Sathishninasam.