Take a look at these exciting moments from your favourite show Jothe Jotheyali to see how Anu and Arya have come a long way! 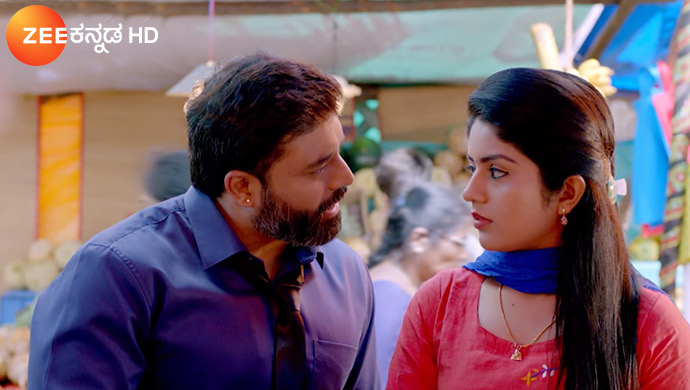 So far in Jothe Jotheyali, Arya and Arya have realised their feelings for each other which is strongly disapproved by Jhende and Meera. Neel has been sent to Australia after Arya discovered his ties with Jhalander who is constantly trying to attack Arya. Subbu, on the other hand, tries to get Neel married to Anu which fails and causes Subbu to feel miserable and tense about his daughter’s marriage. While the show always manages to gauge our interest, here are some of the most interesting and exciting moments from the show ever since it has been aired.

Anu and Arya meet for the first time when he asks her for a lift as his car has had a breakdown. We see an instant spark between the two in their first frame together.

2. Arya Develops An Attraction Towards Anu

Anu is surprisingly appointed to Arya’s company. When he volunteers to drop her back home, she expresses her difficulties in the job that she has taken up. Arya motivates her.

As the distance between Arya and Anu reduces, he decides to go to her house and meet Pushpa and Subbu who treat him very well while expressing their gratitude to him for being a role model to Anu.

4. Sampath Confesses His Love For Anu

Sampath confesses his love for Anu and tells her that he would like to marry her. However, Anu tells him that he is nothing more than a friend to her.

Anu challenges Arya to not be in contact with her or meet her in the next 24 hours. However, she also says that if they do end up meeting each other within 24 hours, then he has to confess his feelings for her. He agrees to the same.

6. Arya Confesses His Love For Anu

Arya stops Anu from going to Hubli. When they happen to stay the night at a hotel, Arya tells Anu who is asleep, how much he feels for her. However, it turns out that Anu was only pretending to be asleep!

Neel comes in as a new employee at Arya’s office. It is later discovered that he has a deal with Jhalander to give out whatever information he can procure from Arya. In the process, he also develops feelings for Anu.

8. Jhalander Comes Back For Arya

Jhalander who has been released from jail comes to seek revenge for whatever it is that Arya has done. While their relationship hasn’t been established, his character causes all the chills!

Sandalwood Actresses Take Up The #HandsUpChallenge

5 Mythological Movies That Your Children Can Watch On ZEE5 Kids This Weekend!