Can You Smell What ‘The Rock’ Is Cooking? Dwayne Johnson’s Latest To Be Dubbed In Kannada

Super awesome news for all you Dwayne Johnson and Jason Statham fans, the international action-cop film Hobbs & Shaw can soon be viewed in Kannada! 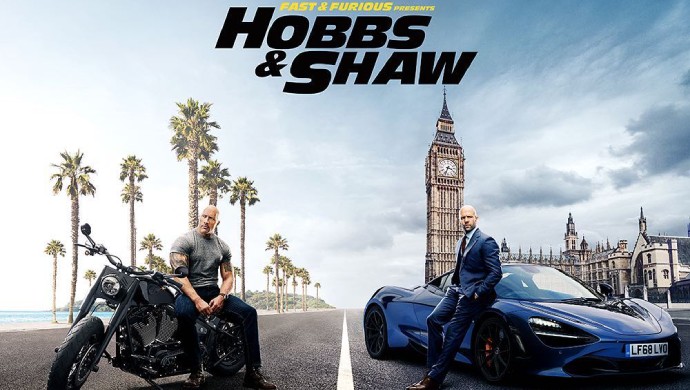 From making his mark into WWE (World Wrestling Entertainment) as The Rock to making big-budget films in Hollywood, there is nothing Dwayne Johnson hasn’t crossed off his bucket-list, fame-wise. After completing the 8th instalment of the Fast and Furious film series, a spin-off to Dwayne Johnson and Jason Statham’s characters marked the beginning of a new film called Fast & Furious Presents: Hobbs & Shaw. Of course, how can we not talk about the famous antihero Deckard Shaw aka Jason Statham? The actor-producer who is known popularly for his action-thriller roles and is excited about his latest release.

Now coming to the best part for Namma Kannadathi fans, Fast & Furious Presents: Hobbs & Shaw, will now be released in 10 languages in India, including Kannada and we couldn’t be happier. You must have heard about the dubbing ban in Kannada that has been there for decades now. But here’s the thing, although the ban was made to protect the Sandalwood industry and give room for original content, you have to agree that the massive fan-following of these two mega-stars, Dwayne Johnson and Jason Statham are present everywhere in the state. So why not have some entertainment while we are at it right? I mean who can say no to Dwayne and Jason?

#HobbsAndShaw is going to take over our country! The @TheRock & #JasonStathan starter will be launched in 10 Indian languages! #SidK @UniversalPics @UniStudios pic.twitter.com/DNhGKzlic1

Also, think about it, you can now take your whole family for the film without having to worry that you’ll be the translator for them the whole time! The attempt was even made in September 2017 to release F8 in Kannada called Vega Mattu Udvega and made big news as it was the first film in 45 years to have been dubbed, but it later was taken off screens. Since then though, things have calmed down and a couple of movies have been scheduled for dubbing in Sandalwood.

How many of you would love to see Hobbs & Shaw in Kannada? Cast your vote in the space given below.

Watch the Dwayne Johnson movie Faster, streaming for your entertainment pleasure on the ZEE5 platform.

Watch The Tabla Nani, Chandan Achar And Sanjana Anand Starrer Chemistry Of Kariappa If You Want Like Light-Hearted Movies

5 Movies That You Must Watch This New Year’s Eve