Breaking News: Kamali’s Annapoorna Has Finally Found Her Mommagalu. Guess Who Is She?

Finally, after months and months of extensive searching, we got the news that Annapoorna has found her elder granddaughter. But who is it going to be? 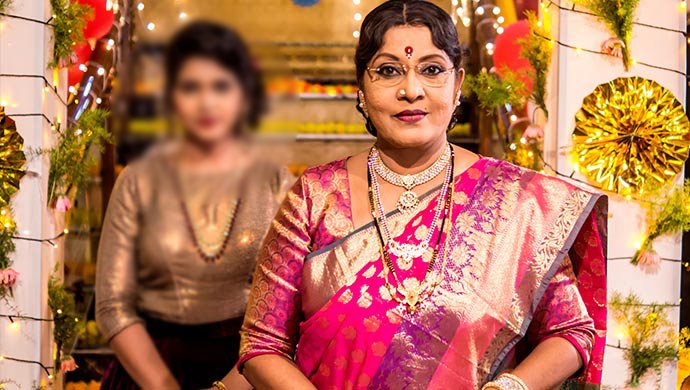 Anybody who has been watching the TV show Kamali since the beginning knows that Anika’s grandmother, Annapoorna Mahajan has been searching for her elder granddaughter since forever. Let me explain. As it turns out in the past, Anika’s father Chandrakanth had married another woman, whom he was and is still deeply in love with. From that marriage, he had a daughter. However, some miscreants who were eyeing on Annapoorna’s wealth, wanted Chandru’s wife and baby out of the picture without which they couldn’t get their hands on anything. Enter Anika’s mother and grandmother, Urmila and Kamini, the three antagonists of the show.

Kamini ensured that Annapoorna’s son Chandrakanth got married to her daughter Urmila and they conceived Anika. This she did after shooing away Gauri, Chandru’s first love. Now, Annapoorna knows about Chandru’s first wife obviously and also that she has another granddaughter beside Anika.

To find this girl, Annapoorna kept so many fasts and did so much charity work just so she could see her older granddaughter again. Despite Anika, Urmila and Kamini making many attempts to stop Annapoorna from meeting her mommagalu, the time has finally come.

According to our sources, Annapoorna will reveal her mommagalu on Monday, 27th May 2019 and we couldn’t be more excited. What do you think Anika and her comrades will do now?

Let us know about your thoughts and ideas in the comments box given below.

Watch all the latest episodes of your favourite shows, streaming for free on the ZEE5 platform.

Jodi Hakki 17-23 May 2019 Recap: Rama Showers Janaki With His Support For Her Exams