For all Ragini Dwivedi fans, here are other super cool facts about this young actress, who set the benchmark in her career at a very young age. 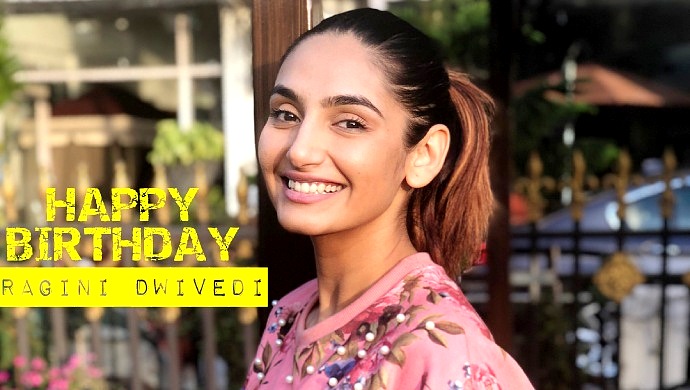 Born on 24th May 1990, in the capital city of Bengaluru, Karnataka is the stunning lass Ragini Dwivedi. Known for her enigmatic roles in her films, the actress’s latest release was The Terrorist (2018), which saw her in a new light as compared to her usual roles. Well, if you ask me, with each passing year, the actress chooses better and better roles. On her birthday today, we will be dwelling on some rare facts about her that you probably didn’t know until now.

Pay attention if you are a fan of this young lass.

1. Entered Sandalwood with an award-winning film

Although it was the Kannada remake of a Telugu film called Vikramarkudu, Ragini Dwivedi shined in Veera Madakari. Directed by Namma Kiccha Sudeep, who also played the lead with double roles, this film helped Ragini bag her first award right away. It was the prestigious Suvarna Film Award for Best Debut Actress.

2. Before films, Ragini was into beauty pageants

According to multiple sources, the prominent fashion designer Prasad Bidappa, who spotted the actress sometime in 2008, promoted her in the modelling world. Because of this feat, she not only got to model for mega-events like Lakmé Fashion Week but also got a chance to work with some top designers including, Manish Malhotra and Sabyasachi Mukherjee.

Born to an Ex-Army General in the Indian Army, Rajesh Kumar Dwivedi, Ragini’s childhood must have been spread across different places in India. Also, her ancestral roots can be traced in a small city called Rewari in Haryana, but she is Kannadiga at heart! #sakkath

4. One of the few actresses to have a registered fan club on her name

Once upon a destination wedding in Udaipur! Saree- @rudrakshdwivedi Jewelry – @amrapalijewels

An increasing trend you see nowadays is celebs having their own fan associations/clubs. At a super young age, Ragini Dwivedi got her own official fans association called Akhila Karnataka Ragini Dwivedi Abhimanigala Sangha in 2014. Isn’t that cool?

5. Ms Dwivedi is all about endorsements and more

A product of the Karnataka Milk Federation, Nandini Milk, has been endorsed by the birthday girl since 2011. Furthermore, in 2015, she was also given the title of the ‘Brand Ambassador’ of the Times Asia Wedding Fair. Apart from these, she was awarded the title of the Most Promising Face of Indian Cinema in the same year, at another prestigious event; the India Leadership Conclave (held in Mumbai).

6. Compared to her usual roles, The Terrorist saw Ragini in a different light

My next film ‘TheTerrorist’ directed by the adroit PC Shekar will hit the silver screens on the 18th of October. Need all your support for the action-packed blockbuster heading your way! Censor of our movie #TheTerrorist is done with U/A without any cuts. Distributed by INVENIO FILMS through JAYNNA FILMS!

Unlike her action-packed commercial roles and films, Ragini’s latest release The Terrorist saw her in a complete de-glam role which was not only meaty but sent her to be nominated at the Filmibeat Award for Best Actress-Kannada.

If I have to sum up Ragini Dwivedi in a few words, I’d totally go for ‘Super Achiever and a Complete Badass’.

Wish this amazing actress on her birthday in the comments box below, and keep spreading the love.

If You Are Still In The Action-Mode, Watch The Power Star's Hit Film Doddmane Hudga, Streaming Now On ZEE5

Gattimela 24 May 2019 Preview: Suhasini Insults Amulya Till Vicky And Vedanth Defend Her