Did you know his real name is Shinu George? He has done some great work in 50s-themed film Raaga, portraying the role of a visually impaired man. 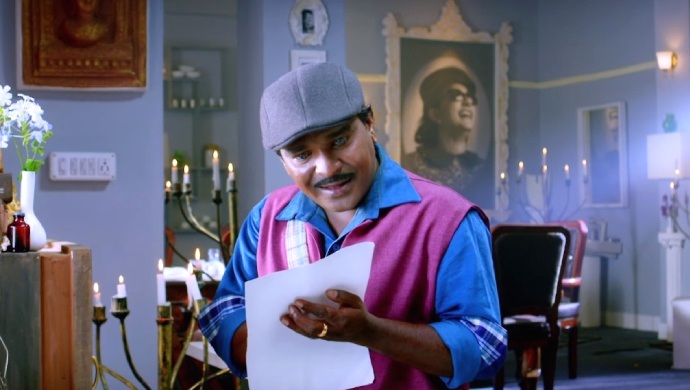 Say happy birthday to one of the best stand-up comedians in Sandalwood, Mithra! He is an actor, producer and entrepreneur. Born on 12th May 1977, in Kottayam, Kerala, Mithra has appeared in more than 100 films in his career. In Raaga, he plays the role of a visually impaired man, who lives life to the fullest despite his disabilities. All that changes when love enters his life in the form of Anu (played by actress Bhama). The movie is set between the 50s and 60s so it is a given the sets and movie is made according to that era.

If you still haven’t been able to see the film Raaga, you can watch it here:

Today we will take a look at this actor’s personal life with 6 cool facts about him.

1. The actor has a holiday planning company, called Mithra enterprises

2. Before his film-career, Mithra worked as a tourist entertainer in the town of Coorg, Karnataka.

4. He is also called Mithra Kannada because he has done only Kannada films

5. In the film Raaga, for the first time, he took a break from his comic roles and played a visually impaired person

Type your special birthday wishes for Mithra in the box below.

Watch the action-thriller film 8MM Bullet, streaming for your entertainment pleasure only on ZEE5.

You Are Someone Who Likes Biopics, Take A Look At The ZEE5 Original Series Karenjit Kaur: The Untold Story Of Sunny Leone

Mother's Day 2019: From Akhilandeshwari To Parimala, Our Tribute To 12 On-Screen Moms