Birthday Special: 3 Movies That Prove Why Puneeth Rajkumar Is A True Superstar 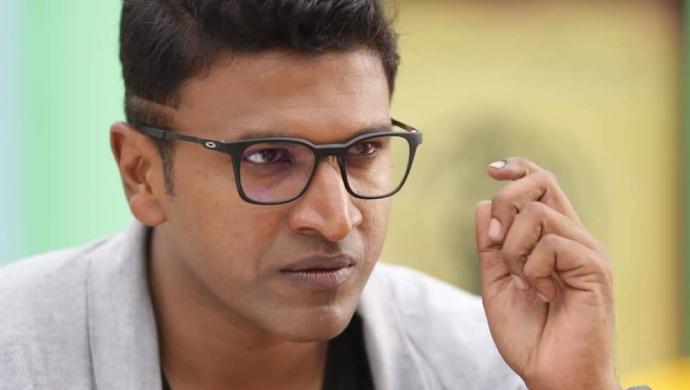 It is a special day for Puneeth Rajkumar today as he celebrates his 45th birthday. One of the best actors in the country, Puneeth started off his career at a very young age. Apart from being born to the iconic actor Rajkumar and actress Parvathamma, Puneeth also won the National Film Award for the Best Child Actor in the film Bettada Hoovu (1985) and we can say for sure that the ability to be a splendid performer surely runs in his blood!

Here’s a picture of  the actor during his childhood:

Here are the three top movies of birthday boy Puneeth that you must watch to celebrate his special day!

Puneeth Rajkumar plays Gagan Dixit, an investigative journalist, who travels from Kolkata in search job. It is also discovered that he travels to Bangalore with the intention of finding his long-lost friend. As an upcoming journalist, he is determined to expose a corrupt minister Ghanashyam Yadav that also makes his channel widely popular. Not only does he fight against a powerful minister but he also stands his ground on the same. His courage and persistence to fight the evil in the city is not only the base of the film but also what makes for an interesting plotline.

Doddmane Huduga revolves around a man, Surya. He is short-tempered and by profession, cooks biryani at a local market. Life takes a turn when he meets Usha whom he saves from goons. It is then revealed that Usha is actually Nisha, who is participating in a drama. This romantic film gives its leading lady Radhika ample scope to perform while the anger that Surya displays in this film, gives his character so much depth.

Milana is a romantic drama directed by Prakash and starring Puneeth Rajkumar and Pooja Gandhi. A complicated love story, the film begins with Akash who is due to marry Anjali. However, life takes a drastic turn here when Anjali demands a divorce from Akash who calmly agrees to grant her the same. It is later revealed that Anjali was never interested in the wedding as she was already in love with Hemant. Akash’s conflicted yet calm state of mind is what makes this movie as intriguing as it is. Puneeth’s performance in Milana is undoubtedly one of the best.

Birthday Special: 3 Films Of Actor Jaggesh On ZEE5 That You Must Watch Today