The wife of the famous director Prem, this beautiful actress celebrates her birthday today. 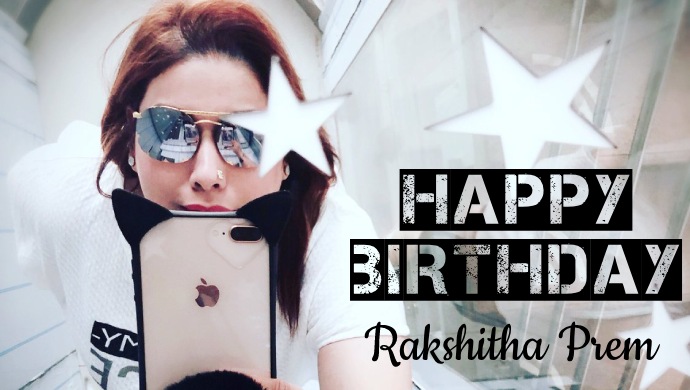 She is popularly known for her cute gimmicks as a judge on Comedy Kiladigalu and has gained a fan following because of her immense contribution to the Sandalwood industry. For those of you who don’t know, she is the wife of the prominent director Prem, who was behind the hit film The Villain, starring Kiccha Sudeep and Shivanna.

Another interesting fact about this gorgeous actress is that she is not just an actress. She has sound knowledge as a producer and is a popular star on TV too. Apart from this, she ventured into the field of dubbing with The Villain, where she dubbed for Amy Jackson’s voice, isn’t that cool?

A woman of values with a great attachment to her family, Rakshitha Prem has never given us a dull moment onscreen, ever!  In fact, you cannot help but smile at her adorable personality on or off-screen. The birthday girl started her career in the film industry with Appu, starring opposite Namma Puneeth Rajkumar. Surprisingly, she has also acted in the Tamil and Telugu remakes of this film, Dum and Idiot, respectively.

An actress/politician, Rakshitha loves reading books in her free time, apart from travelling and listening to good music. A great judge on the Comedy Khiladigalu series, this woman is an inspiration to many.

It’s time for you to wish this beautiful lady, on her special day. Use the box below to say Happy Birthday to Rakshitha Prem.

Watch the Comedy Khiladigalu Championship 2018, on ZEE5, if you still haven’t done so.

Holiday On Your Mind? Namma Maya Has The Perfect Place For You To Go This Summer