Arya On His Kannada Debut Film Rajaratha: To Start It Off With Such A Role Is Fantastic

The hot looking antagonist of Rajaratha opens up about his experience making a debut in Sandalwood. 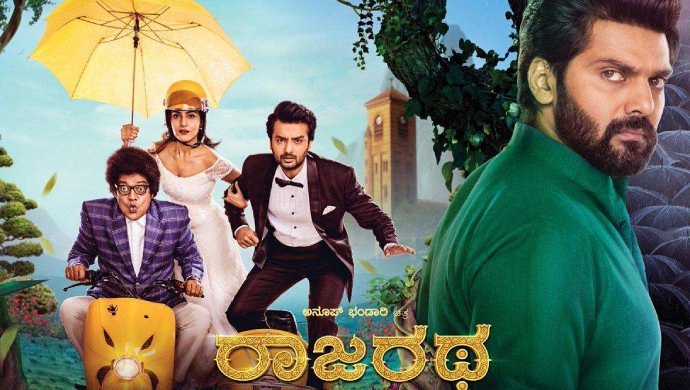 Rajaratha came forth as a brilliant story that is partly based out of a fairy tale and part of it hits reality. Directed by Anup Bhandari, Rajaratha is the story of a bus (played by Puneeth Rajkumar) and the passengers who travel in it. Starring in the leads is Nirup Bhandari, Avantika Shetty and the prominent actor in the Tamil and Malayalam film industries, Arya. An interesting fact is that Rajaratha was this actor’s debut in Sandalwood.

In an interview with a leading media agency, the actor spoke about his experience in Sandalwood. He said, “When I watched RangiTaranga, I immediately contacted Anup’s dad through a common friend and conveyed my appreciation for the film, especially the way in which it was shot. So, when I got a call from Anup saying he wanted to cast me in his next film, I was thrilled and all I said was, ‘OK brother, done’, without even fully listening to Rajaratha’s script.”

He further clarified, “See, when people from another film industry think of me as a perfect fit for a film character, I consider it as a big compliment, and that makes me very happy. Due to my workload in Tamil and Malayalam projects, I’ve never gotten around to exploring the Kannada film industry. But to start it off with such a role is fantastic. I’m feeling as excited as a newcomer about the film’s release.”

Another fact that you probably don’t know is that for Arya, Kannada was a completely unknown language. So how did he get over this obstacle? He cleared the air by saying, “Most of the scenes in the film were shot in one go, and not in parts. This made it very tough for me because I had to memorise all the long dialogues in a language that I don’t know, without a prompter and remembering to get all the emotions right. That was quite a challenge. The only relief was that a few Kannada words and the language’s grammar is similar to Tamil, so remembering the order of words in a sentence was relatively easy.”

The Rajaratha actor is a fitness freak in real life with his main love for cycling. A fun fact about Arya is that he has done over 40 Tamil and Malayalam films after which he decided to make his debut in Sandalwood, thanks to Anup Bhandari.

Don’t forget to let us know how you felt this actor performed, in the space given below.

Watch Puneeth Rajkumar’s Milana, if you are a fan of the actor, streaming on ZEE5.

If You Like Puneeth Rajkumar In Rajaratha, You Will Love Him In The Hit Film Doddmane Hudga, Also Starring Rebel Star Ambareesh

Weekend With Ramesh 4-5 May 2019 Preview: Prema And Prakash Belawadi Are The Next Guests

Husi Nagu Review: A Splendid Take On The Different Ways A Female Protagonist Is Portrayed