She starred opposite some big names in Sandalwood like Kiccha Sudeep and Century Star Shivarajkumar. Still, her performance was shone brightly! 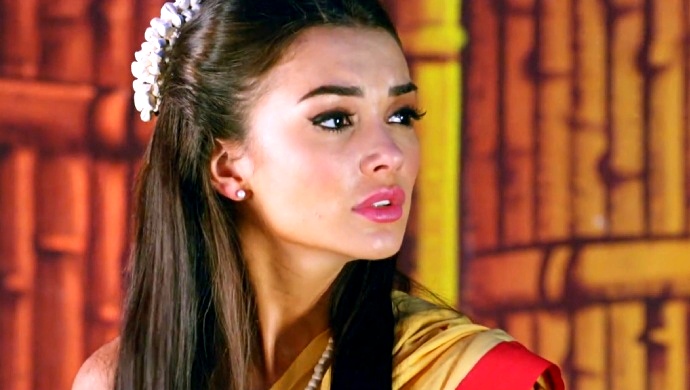 The multi-starrer film The Villain saw great things in its path, including a very good revenue on day 1 of release. Starring in the lead is Namma Shivanna as Raamappa, Kiccha Sudeep as Ram/International Don and Amy Jackson as Sita. While the two veterans have done a fabulous job playing their respective characters, let’s talk about Amy for a second here.

Born and brought up in the UK, and having absolutely no experience whatsoever in the Kannada film industry, The Villain marked her debut in Sandalwood! Amy nailed her role of Sita, to the bone! Right from the costumes to the mouthing of correctly pronounced Kannada words, this actress has won many hearts already. So why choose someone from outside India for the role? The director shed some light on this subject.

Prem said, “I could have cast any other leading lady, but this particular character in the story has two distinct shades, for which I needed an actress who could carry off a British persona. Given that Amy is from the UK, I thought she was apt for the role and to our luck, she agreed to be a part of the film.”

Her chemistry with Kiccha was to another level. To catch a glimpse of their onscreen romance, take a look at the songs, Love Aagoythe Nin Myaale and Nodivalandava and you’ll understand what I mean! Amy’s scenes with Shivanna too were great but gave us more like an anna-thangi feel. In either case, when you are watching the film, notice that she gets almost all dialogues right with the correct lingo. I don’t know about you but I am certainly proud of this dame. Amy has also worked in Bollywood films like Singh is Bling and Tutak Tutak Tutiya.

You can now stream other movies of Kiccha on ZEE5.