All You Need To Know About The ZEE5 Original Series Kaafir, Available Now In Kannada

Not only Kaafir is a fabulously crafted ZEE5 Original Series by Sonam Nair and Bhavani Iyer, but an eye-opener about how life can be unjust as well! 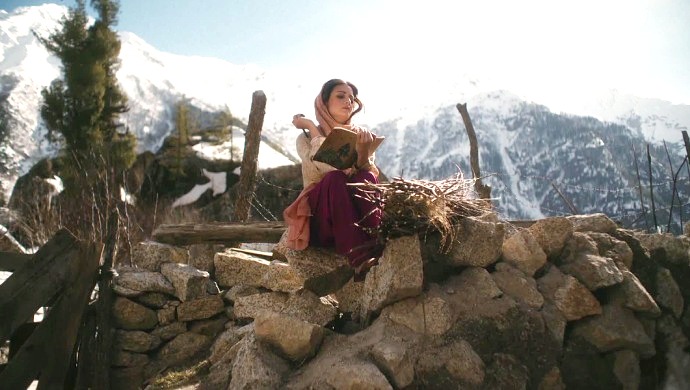 Amidst all the issues Hindustan-Pakistan have had since one can remember, here’s a gut-wrenching story that focusses on a young Pakistani mother and her journey to India under peculiar circumstances. It is also focused on her life going astray when she is not able to return to her homeland. The ZEE5 Original Series Kaafir (originally made in Hindi), has been dubbed in Kannada for all of us and is a guaranteed treat if socio-political dramas concentrating on the biggest religion; Humanity, suit your tastes.

Kainaaz Akhtar (played by Dia Mirza), is a Pakistani woman who is accused of militancy and is held a prisoner in a Kashmiri jail. Her daughter, five-year-old Sheher Akhtar (played by Dishita Jain), is her life and has grown up in prison all her life with her mother. While Kainaaz is swirling in an endless loop of emptiness, thanks to her past that was filled with the most horrid social evils like chauvinism and molestation. Not only this, her life broke into pieces when those who loved her deserted her in the blink of an eye. Enter, her lawyer Vedant Rathod (played by Mohit Raina), whose only aim is to provide justice to Kainaaz and prove her innocence. Will he succeed?

But before you watch the series, here are some intriguing facts you need to know while taking this journey with Dia Mirza and Uri: The Surgical Strike actor Mohit Raina, the lead actors of Kaafir.

2. The crew of the ZEE5 Original Series was 80% female – including director Sonam Nair and writer Bhavani Iyer.

3. In a freezing temperature of around -6 degree celsius, Dia Mirza has performed stunts like going into a freezing river.

4. While the story is based on the problems in J&K, it is actually shot in Himachal Pradesh.

5. The Dia Mirza and Mohit Raina starrer is based on true events. Read more about the real incident here.

6. Dishita Jain, who plays the role of five-year-old Sheher Akhtar, made her debut with this series and has done the makers proud

7. Director Sonam Nair has had experience working as an AD (assistant director) for the famous Bollywood production house, Dharma Productions.

8. Mohit Raina’s character is inspired by Advocate A.K. Sawhney. He fought the real-life case of a Pakistani woman and her daughter in an Indian jail which was made into a ZEE5 Original web series Kaafir. Read more about him here.

Will you be watching Kaafir? Let us know your reviews in the comments box provided below.