Wondering what makes Beautiful Manasugalu such a special film to watch. Here's what it entails. 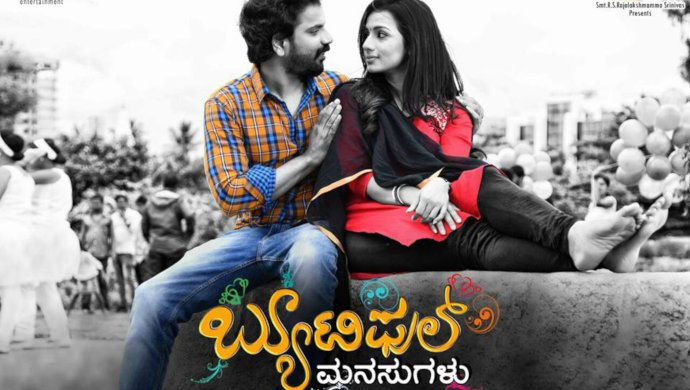 Jayathirtha’s Beautiful Manasugalu starring Sruthi Hariharan and Sathish Ninasam is a must-watch for more than one reason. Not only is the story line absolutely captivating, but the performances too are impressive. If you’re looking for something different than a typical commercial film, then this is what you must catch up.

The story revolves around Nandini who works at a beauty parlour. However, she finds herself getting into trouble when she allegedly gets involved in a sex racket. This particular incident seems to trigger all the confusion and misunderstanding along with the heartbreaks between Nandini and Prashanth who have fallen in love. What makes this reason to watch this film is the fact that the director has picked up real-life incidents and built upon it. The movie strikes a perfect balance between fiction and non-fiction while causing all the chills down your spine. While the storyline is highly attractive, it is also relevant in today’s time where media plays such a big role in our lives and the sort of negative impacts it can have on a life. The film also deals with the ‘Breaking News’ syndrome while standing dead against it.

Not to forget, Sruthi Hariharan has done a commendable job while portraying her state of mind of having gotten involved in a situation in which she had no hand. She has done complete justice to her role as a strong and complex Nandini. As for Prashanth, he develops a hatred towards Nandini when she is exposed in the media about being involved in sex trafficking. The idea is to also bring about the influence that media has on our life.

A peculiar scene that really stands out and remains in the mind of the viewer is also the newsroom scenes that are shown where the sex trafficking videos are played repeatedly. Be sure for this scene to keep you at the edge of your seat!

Catch the other such romantic films exclusively on ZEE5!

Birthday Special: 7 Moments Of Aishwarya Aka Maya From Yaare Nee Mohini You Must See!