After Watching Nagarahavu, You Will Fall In Love With Mythological-Fantasy Films

The film was entertaining, both graphically and story-wise. Also, Dr Vishnuvardhan, who is no longer with us was recreated just for the film. 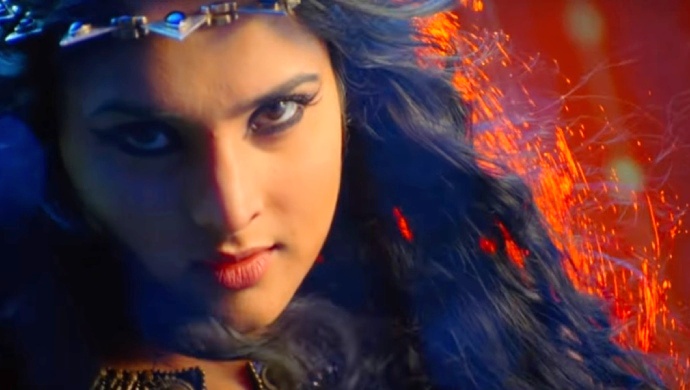 The film Nagarahavu has impressed us with its fictional and mythical aspects combined with brilliant graphics. Coming to the best part, Namma Sahasa Simha Dr Vishnuvardhan has been brought back to the big screen thanks to a dedicated team of VFX artists and CGI experts. If not for anything else, watching him onscreen as part of his 201st film would be a treat for all his fans. The director of Nagarahavu, Kodi Ramakrishna, who loves supernatural elements, has converted the film into an epic-fantasy tale.

To drift away into a make-believe world full of possibilities, watch the movie here:

Mythological films like Nagarahavu are primarily made to create a whole new world in the minds of viewers. Also, with the unique concepts involving different times (like a past life), the audience can escape from their current reality to get into a fictional dimension, if only temporary. And the best way to do is to grab the audiences’ attention from the beginning till the end. This could either be through outstanding graphics, VFX or CGI, but one stand-out factor is important while making such films.

The Telugu director Kodi Ramakrishna, who marked his debut in the Kannada film industry with this movie, mentioned to a leading media firm about what to expect in Nagarahavu. He said, “The film is pumped with emotions and good music, and is overall an entertainer that will strike a chord with cinegoers across ages”. Further, he added, “People must watch it for Vishnuvardhan, Vishnuvardhan, Vishnuvardhan and Vishnuvardhan. He is the inspiration in the film and plays an important part. Ramya has a very powerful role; she has emoted very well and has done a good job.”

While Diganth played the lead protagonist Nagcharan in the film, Sandalwood queen Ramya portrayed three different characters. She too had something to say about the crew’s talent that was invested in making the film a success. She said, ” Some people have attempted it, but they did not have the kind of budget to experiment with because this is a small film market. But this team is one of its kind and it’s been worth the time taken because nobody has recreated a dead person live onscreen before. Recreating Vishnuvardhan sir cost them `15 crore.” Ramya went on to say, “With technology like this, you can bring anyone onscreen. Also, I think this is a good move for film-watchers and filmmakers as well.”

The story is about Manasa, a snake woman, who is reborn to avenge her death in a previous life and to protect a divine vessel as have her forefathers. She comes into the life of Nagacharan, a musician and band owner, on the pretext that she is a big fan of his music. From the beginning till the very end, Nagarahavu perfectly kept me entertained. Not to forget, Dr Vishnuvardhan’s re-appearance as the original Nagarahavu adds that extra spark to the film.

Have you watched the movie yet? Did you like the fictional aspect of it? Comment in the section below with #Nagarahavu #Ramya #Diganth

A Glimpse Into The Season Finale Of Karenjit Kaur: The Untold Story Of Sunny Leone

Love Nose-Pins? Sushma Shekhar Will Give You Some Inspiration With Her Collection