After I Got Married, I Needed A Break: Gattimela’s Parimala On Her 11-Year Sabbatical

Find out why Sudha Ma'am decided to take a sabbatical and also what she thinks of her character Parimala on Gattimela in this EXCLUSIVE interview! 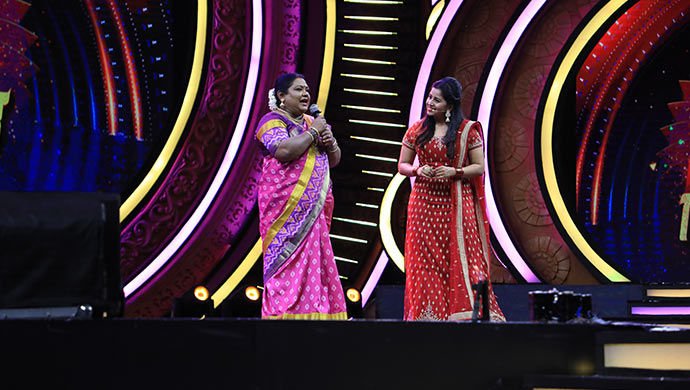 For those of you who didn’t know, Gattimela’s Parimala aka Sudha Narasimharaju is the daughter of the Hasya Chakravarthy Narasimharaju. Sudha Ma’am plays the role of a mother on the show, to four daughters, Aarthi (played by actress Ashwini), Amulya (played by actress Nisha Ravikrishnan), Adithi (played by actress Priya) and Anjali (played by child actress Mahati). Recently, we conducted an EXCLUSIVE interview of the actress and divided it into three parts. You must have already read the first part, so today we bring you a few more details about this lovely actress.

Today, we will look at her reason to take a sabbatical from the TV/film industry and why. Along with this Sudha Ma’am shared some treasured memories of her father as well as her opinion on Parimala’s character on the No 1 show of Karnataka, Gattimela. So what are you waiting for? Scroll down to get into the second part of the EXCLUSIVE interview straight away.

Q. During your career, was there any point when you actually felt nostalgic remembering your father?
A. When I was dubbing in Chamundeshwari (Studio), I recollected a really old memory. After the production of Professor Hucchuraya, the sets were put up in the Chamundeshwari Studios. For me as a normal person and the same me as an actress when I went into the studios for dubbing it was a unique feeling for me. Every spot I stood I would think about when my dad stood at the same spot and performed. I remember there was a group photograph when foreigners had come to see his performance. Basically, every corner had its story to tell about Professor Hucchuraya. So as an actor whenever I go to the Studios for dubbing my dad’s film and his memories come back rushing to me. More than him being my inspiration, all his pointers I have gathered a lot of small gestures from my father. And I honestly don’t know if I have learnt it after observation or it is in-built in me. But somewhere when I watch some particular expressions, I really relate it to my father.

Q. How would you compare your talent with your father’s?
A. Of course, there is no comparison between him and me because I am nowhere close to the level of acting he did but still whenever my expressions are taken back to my father I feel very nice. In fact, in my recent show Gattimela, a lot of my friends keep mentioning that a few scenes, a few expressions and a few behavioural patterns remind them of my father. I was so excited to hear this because my character on Gattimela has a bit of every emotion.

Q. What do you think of Parimala’s character on Gattimela?
A. It is a marvellous character and somehow I feel that it is tailor-made to suit my personality. The minute I heard the story, I related it to my life where I myself have five sisters. And since my father passed away when all of us were young, our mother is the one who has brought us up. And we have seen the life where would share all our belongings amongst each other and how we would talk to each other. And Parimala’s character is a very expressive one so it was easy for me to play. The character is such that every middle-class individual will relate himself/herself towards that character. In fact, I meet so many people every single day who inform me that something that happened on the show, happened in their life too. I still remember this person who came to me about the scene in which I take my children away from the maduve mane and said that in their family too, something like this happened. So they feel that I am not acting, I am living my life because I am a natural. This makes me so happy and proud.

Q. How does it feel to come back onscreen after 11 years?
A. After I got married, I need a break because I wanted to settle into family life. I know that no actor would like to take a break from doing what they love and if they do it means that they have lost interest. But for me, I wanted to take a break because after my marriage because it would be difficult to develop a bond with my new family. So after marriage, I quit voluntarily and no on pressurized me into the decision. Happily, then I gave up this life and promised myself that only if I get a role really worthwhile, I’ll take up the project. My condition to return was that the project should a good role and a comfortable working environment because at the end of the day, the passion you have for acting, nobody can steal it from you. That was my notion. Then my son was born and life just continued.

Q. Then how did Gattimela find you?
A. I am a person who isn’t comfortable to leave my child in the care of someone else, so in order to enjoy my motherhood, I just gave it my all. He slowly started growing up and will soon complete nine years. And then suddenly at the right time, I got a call for Gattimela. However, in the past three to four years I got many offers for varied roles but I wasn’t very sure if I would be the best fit because I didn’t want to inconvenience them because of me. But when Gattimela came, everything became fine once again as the whole atmosphere of the characters and the whole was very homely and nice. They took take of all my queries regarding my worry for my son by assuring me that they will adjust if there comes a situation like that. It was a very positive approach and finally, I took up the role. Now, we are about 60 episodes into the show and it is still a wonderful experience for me. I feel blessed.

Send in your best wishes to this actress if you are a fan in the comments box below and don’t miss the third and final part of this EXCLUSIVE, coming up soon.

Catch LIVE Cricket Scores and Commentary in English, Hindi, Bengali and Punjabi, only on ZEE5.

If You Are A Tabla Nani And Chandan Achar Fan, Don't Miss Watching The Light-Hearted Film Chemistry Of Kariyappa, Streaming Now On The ZEE5 Platform

Music Review: Time To Make A New Playlist On Your Phone Titled 'The Villain'