After 6 Long Years Srujan Lokesh Is Back With The 3rd Edition Of Chota Champions. Excited?

This show has a unique concept where no tiny human loses! Want to know how you can ENROLL your kid? Details inside. 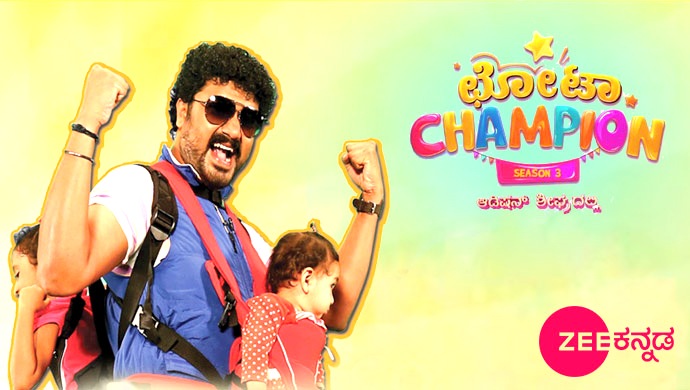 6 years ago, Srujan Lokesh’s show Chota Champions Season 2 was last aired. Son of the veteran actress Girija Lokesh, this show was Srujan’s baby, as he was the creative director, producer as well as the host of the show. Well, there’s good news for all fans of this reality show! The show has been renewed by Zee Kannada for the 3rd season and we are super excited.

In an interview during the last season, Srujan revealed the concept of the show by saying “Chota Champion is a show about toddlers (kids aged between two and three years), which also involves the parents and their response to various scenarios. For instance, we would put kids in a playroom with different things like ice cream, gulab jamuns, etc., and ask parents what their child was most likely to touch. If they got it right, they walk away with cash awards. There is no competitive edge to the show. It is just pure fun, seeing innocent children at play.”

Catch a glimpse of the show here…

The icing on this cake is that guest celebrities were invited too, so hoping this season we have some big names on the list. Srujan also spoke about the special guests he would be inviting. He said, “The format of the show is such that there are games that the parents of the participating children play for their toddlers. Whenever a celeb guest is on the show, he or she joins each of these families and plays on their behalf. They will interact with the parents and give them tips on how best to win the games.”

Aren’t you already excited? What would you say if I said that you can now enroll your toddler between the age of 3-5 years, on this show?

Did you know that Srujan Lokesh acted in Cool Ganesha? Watch the film on ZEE5 to know more!

Do You Know Why The Navarasa Nayaka Jaggesh Starrer Film 8MM Bullet Got Such A Name?