Inspired by a true incident, this love story will rattle you! It stars Sathish Ninasam as Prashanth and Shruti Hariharan as Nandini. 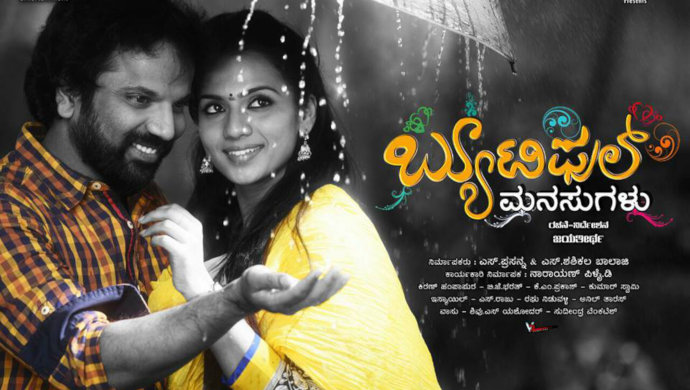 Directed by Jayatheertha, Beautiful Manasugalu is an entertainer with just the right amount of thrill, romance and social awareness. Starring Sathish Ninasam as Prashanth and Shruti Hariharan as Nandini, this movie is based on a real-life incident that shook the media in the early part of the decade.

Here’s how an innocent love story came crashing down:

Based on the lines of extreme media manipulation, this story will keep you glued to your seats till the end. In other words, Beautiful Mansugalu is a smart play of reality and fiction. Prashanth falls in love with a woman named Nandini, who comes from the lower-middle-class section of society. Despite some initial resistance, she eventually falls in love with him. Soon, a raid is conducted at Nandini’s workplace. How Prashanth reacts to the accusations thrown at his love, is what forms the rest of the story.

While the movie is shot with the perspective of reality, the second half is mostly fictional. Nevertheless, the movie has done justice to each aspect including the balance between the genres. The film’s star cast too has done a brilliant job keeping in mind that the movie began with a real-life concept. Also, the Lucia pair looked comfortable playing the roles of Prashanth and Nandini, thanks to their prior experience of working together. Amongst the two though, Shruthi nailed her role as the vulnerable woman who gets entangled in a controversy.

What did you think about Beautiful Manasugalu? You can also comment on your perspective of Sruthi and Sathish’s acting skills, in the space below.