Dhruva might be known for his stunts in his films, but here's a glimpse of his romantic side 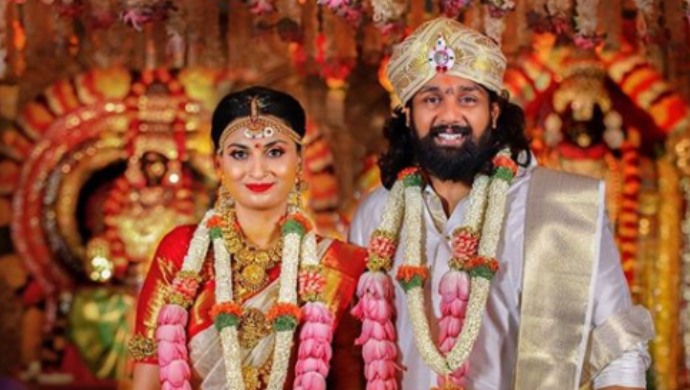 While a lot of Kannada films were set to hit the screens in 2020, the lockdown due to COVID-19 has stalled the release of some and  Pogaru, starring Dhruva Sarja and Rashmika Mandanna, happens to be one of them.

While Dhruva is known for his action sequences in his films, he is also seen as one of the most charming and romantic actors in the industry. Speak of romance, and ‘Action Prince’ Dhruva seems to be the most romantic of them all! Here are some of the pictures that he shared from his wedding moments which will truly melt your hearts. During the lockdown, the couple has been seen spending some quality time together.

Dhruva Sarja, who made his acting debut in the 2012 film Addhuri, will now be seen in a whole new form in the movie Pogaru. Stay tuned for all the latest news and updates on your favourite Kannada stars here!

Namma Appu Sir’s Doddmane Hudga Saw Him As A Rebel. It’s Time To Review His…

Sandalwood Stars Share Their Favourite Food During The Lockdown